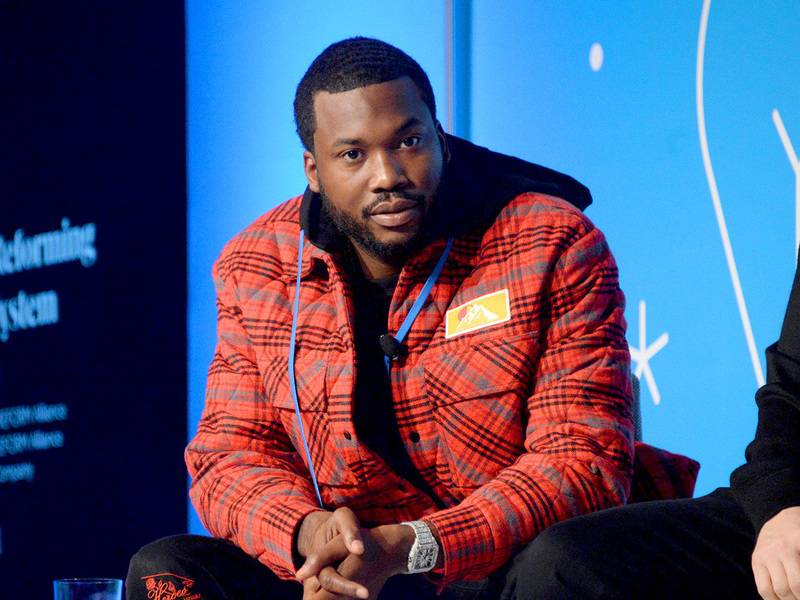 Meek Mill hasn’t been shy about expressing his contempt for Tekashi 6ix9ine. After the polarizing rapper dropped the comeback single “GOOBA” on Friday (May 8), Meek continued his vitriol with a scathing review of the track.

“Shit superrrrr trashhhhhhhhhhh …. you gone up a 100 shots,” he wrote via Twitter. “stop turn Durkio and nav back on!”

The Maybach Music Group artist was referencing a line from the first verse of “GOOBA” in which 6ix9ine raps, “Pop that nigga with a hundred shots.” Meek also used the tweet to shout out Lil Durk and NAV, who dropped new albums on Friday.

Meek has been an outspoken critic of 6ix9ine due to the dubious rapper’s snitching. Shortly before 6ix9ine did a record-breaking livestream on Instagram, Meek compared the controversial figure to Nipsey Hussle’s alleged killer Eric Holder.

“I hope that rat going live to apologize to the people he told on or the victim,” he tweeted. “Y’all forgot that fast a ‘rat’ killed nipsey he wasn’t suppose to be on the streets! That’s the only thing ima day because he’s dead… left his baby mom and child like a coward as targets!”

6ix9ine responded by mentioning the recent birth of Meek’s son.

“Imagine having a new born baby come into the world & be pressed about a Mexican with rainbow hair,” he noted in a trolling post on Instagram.

Meek capped off his day of calling out 6ix9ine on social media by clarifying his outlook.

“I’m sorry I lash out sometimes when I see people playing like that lol I been locked up too many times like a animal,” he explained. “Sam change my passcode and don’t give it me nomore.”

View 6ix9ine’s “GOOBA” video below and see if Meek’s review was accurate.