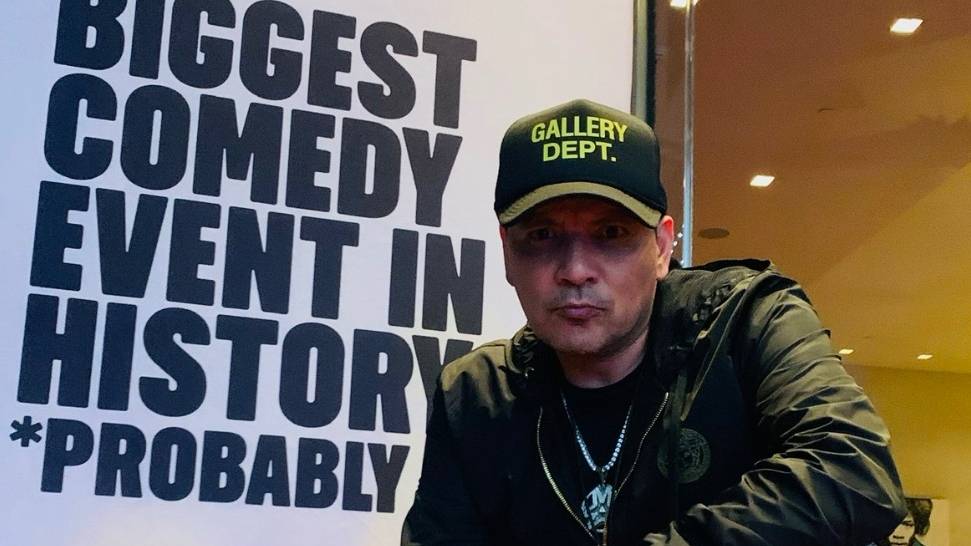 Exclusive – Mix Master Mike has a lengthy résumé. As the Beastie Boys’ longtime turntablist, Invisibl Skratch Piklz alum and 2x-DMC World Champion, Mike’s career has transcended what it means to be a DJ. Now, the 52-year-old beat juggler can add another page to his ever-evolving story.

On Thursday (May 19), Netflix will air a special called The Hall: Honoring the Greats of Stand-Up — and Mix Master Mike will provide the original score as music director. The inaugural hall of fame induction ceremony took place at the Hollywood Palladium in Los Angeles on May 2, and the hall will have a physical home in a new wing of the National Comedy Center in Jamestown, New York — the hometown of comedy legend Lucille Ball.

The special was created in conjunction with producer and director Marty Callner and his company Funny Business Inc. with a special focus on comedic greats George Carlin, Robin Williams, Joan Rivers and Richard Pryor. Callner, who has a longstanding relationship with Mix Master Mike’s wife Diane Copeland and Copeland Entertainment, thought Mike would be perfect for the job.

“Marty pursued me to give the show an authentic approach through live performance and original musical direction,” Mix Master Mike tells HipHopDX. “Me being part of the Emmys/ Oscars Orchestra is all part of this wave with me being music director and curator.”

As for Mix Master Mike, he’s always working on making history. In August 2021, he held a private listening event in downtown Los Angeles for his latest album Ready Slayer One. With the help of Microsoft and home entertainment company Collimation (co-owned by Adrian Rashad Driscoll and JAY-Z’s longtime engineer Young Guru), Mike was able to tap into VR technology to create the first-ever hybrid event.

People were able to watch the show in-person, via livestream and through holoportation, which is basically like a Mix Master Mike hologram. Using this technology, people could create their own unique avatars and attend a virtual concert without leaving their homes.

Mike and his longtime business partner, Jonathan Winbush, are also planning to release two of Mike’s upcoming singles as non-fungible tokens (NFTs) in July. Meanwhile, Ready Slayer One is expected to arrive on July 29.