The set was laid out perfectly on Saturday night (April 17) for the debut of the Mount Rushmore supergroup at Triller’s Jake Paul versus Ben Askren fight — palm trees, bright lights and a coronavirus-safe stage.

To kick off the performance, Ice Cube walks out to his 1992 hit song “Today Was A Good Day” and starts rapping the first verse, his signature snarl in full effect. From there, he explodes into 1999’s “You Can Do It.”

Snoop Dogg then takes the stage with songs such as the 1993 classic “Gin & Juice” and 2004’s “Drop It Like It’s Hot.” As Snoop wraps up his solo set, the lights goes down and when they come back up, Ice Cube, Too $hort, E-40 and Snoop Dogg are found lounging in four regal-looking chairs. Armed with a bass-heavy Kato On The Track beat, Mount Rushmore immediately reminds their audience what makes them OGs.

E-40 takes the mic first as Snoop Dogg provides some well placed ad-libs before he bursts into his verse. Short Dog comes in with an unsurprisingly raunchy 16 before shouting, “Bitch!” as Cube brings it home with lines such as, “It’s a new day/Still got the AK,” a clear reference to “Today Was A Good Day.”

HipHopDX broke the news Snoop Dogg, Too $hort, Ice Cube and E-40 had formed the supergroup last December after obtaining an exclusive clip from MC Serch featuring an interview with Short.

“During the quarantine, I got a call from Ice Cube and E-40,” Short told Serch during a conversation for his Serch Says podcast. “Over the years, probably more than the past five years, we’ve been doing kind of these old school concerts. It will be either Snoop Dogg or Ice Cube headlining, or it will be me, E-40, sometimes it’s Bone Thugs, DJ Quik. They usually call it like ‘How The West Was Won,’ ‘West Coast Kings’ or some shit like that and it’s always a big show and it always sells out. It’s like 20, 30,000 people — whatever the size of the arena is — it’s sold out. 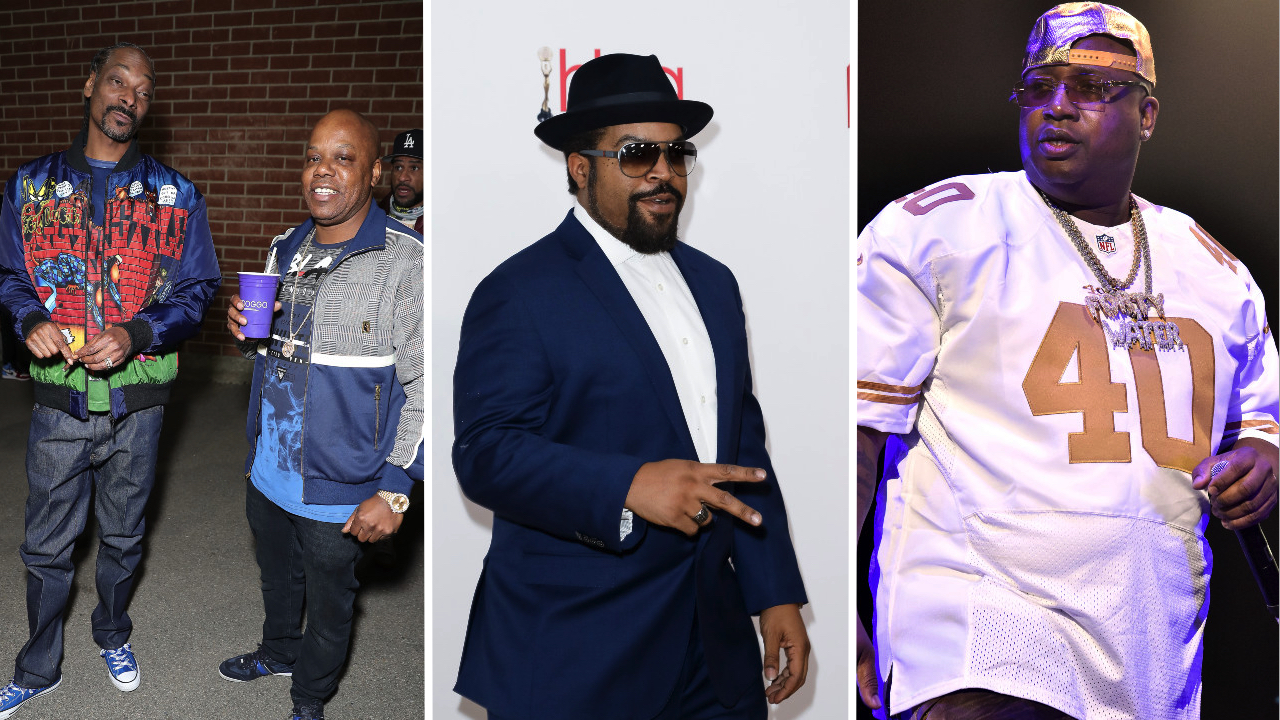 “So I get a call during the early part of the quarantine from E-40 and Ice Cube going, ‘Man, we feel like we should do an album. Like me, you … it’s E-40, Cube, Too $hort and Snoop Dogg. And I’m like — E-40 and Too $hort from the Bay, Snoop Dogg and Cube are from L.A. and we like the West Coast foundation. We sat there and was like, ‘Fuck it, let’s do it.’ So, we start coming up with beats.”

The rest is history. Judging by the group’s first song, the West Coast legends have a lot more heat in their arsenal. Check out the performance above and revisit the Too $hort interview below.