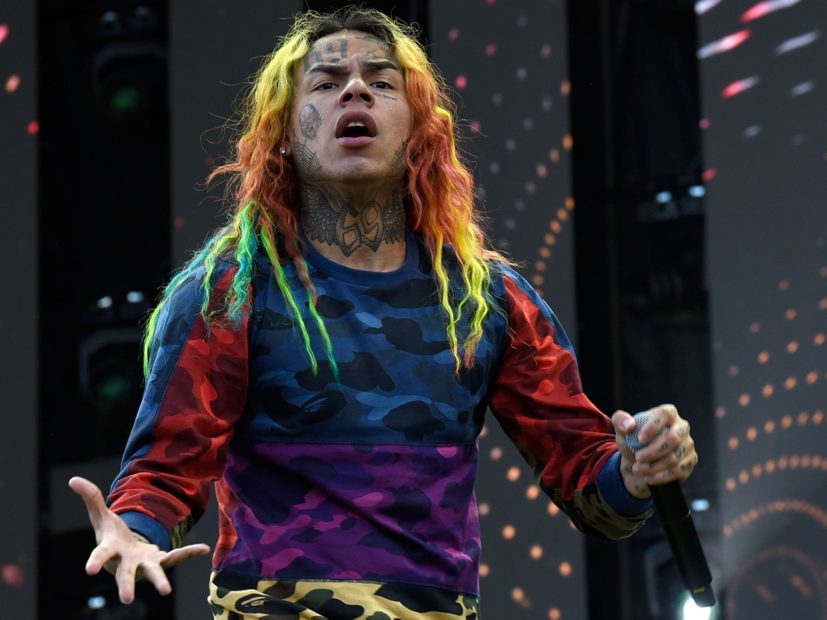 A silly little rumor started floating around over the weekend stating Tekashi 6ix9ine had possibly signed a management deal with Roc Nation. But, HipHopDX can confirm there’s absolutely zero truth to the claim.

It all started after some zealous fans spotted a member of the video crew wearing a Roc Nation hat in 6ix9ine’s new “GOOBA” video. The black-and-white paper plane logo is visual for a split second around the 1:57-minute mark.

From there, the rumor started to spread like wildfire on social media, prompting the story to be picked up by a few outlets.

The polarizing rapper made his grand return on Friday (May 8) with the “GOOBA” video, which was also accompanied by his first appearance on Instagram Live since he was granted a compassionate release from Queens Detention Facility last month.

During his IG Live session, 6ix9ine apologized to his fans for snitching but made it clear he didn’t feel guilty about it.

“Before I got locked up, it was all, ‘Fuck that rainbow-haired kid … y’all didn’t really have a reason to not like me,” he said. “He’s mad, loud’ — that was your reason. Of course, the go-to is now I snitched. I can’t blame you. I’m sorry to my fans because they don’t deserve that. My family, my mother … don’t deserve it. I’m sorry, but you’re not going to break me down like I did something wrong.”

For now, 6ix9ine is reportedly working on two new albums — one in English and another in Spanish.