Exclusive – The inimitable Phife Dawg passed away in March 2016, four months after his 45th birthday. As a member of the exalted Hip Hop group A Tribe Called Quest, the Five-Foot Assassin (named after his 5’3 stature) transcended genres and often injected his Trinidadian roots into his music.

On Friday (November 20), the late Phife would be turning the big 5-0. Ahead of his birthday, his mother and renowned poet Cheryl Boyce-Taylor has spent the past week reflecting on her son and the profound impact he made on her and, of course, Hip Hop culture.

Early next year, Boyce-Taylor plans on releasing her new book Mama Phife Represents, a brilliant collection of poetry, short stories and handwritten letters all related to Malik “Phife Dawg” Taylor. Speaking to HipHopDX, Boyce-Taylor opened up about her monumental loss and explained how she dealt with the initial anger she felt after losing her son at such an early age.

“His passing was really difficult and I’ll tell you why, because it was so public,” she says. “But the love we got from his fans around the world was like a cushion that held us up. You could sit on a wooden bench and hurt your butt or you could sit on a wooden bench on a pillow. It helped so much, because if people were going around saying crazy things about him, I would have lost it publicly. But there was so much love, it was so helpful to us. 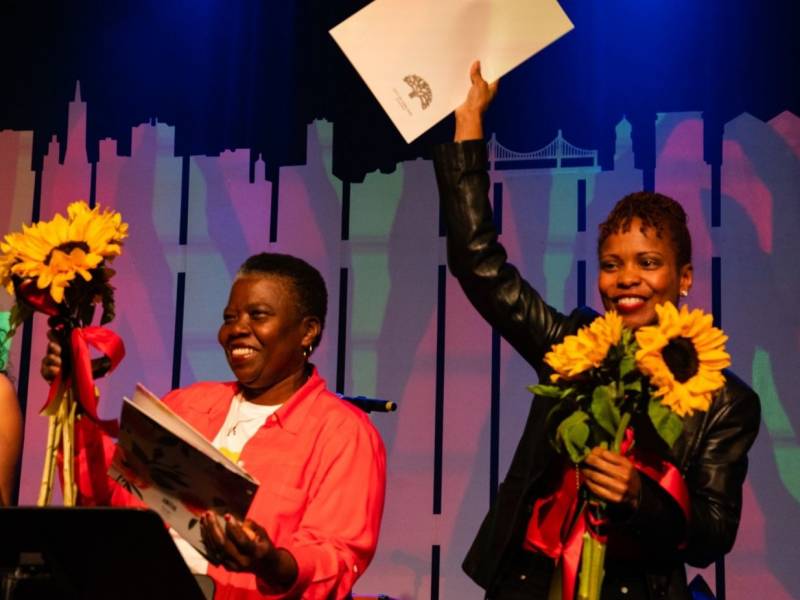 “Two weeks before he died, he had finished the Tribe album [2016’s We got it from Here…Thank You 4 Your service] and finished most of his own album, so those are the things that got us through. But there were nights and times when I’d be so angry, and I know this isn’t fair, but I’d say to myself, ‘All these people that are out here doing all these wrong things and here’s my son who has always tried to do the right thing and he’s gone and they’re not.’”

She adds,”That doesn’t last long but from time to time, you get so mad. But I really think that what I got so mad at is that I don’t have him anymore. And even with that, it’s such a dual situation for me because I have his music all around, I have his friends all around. I can get on the computer and see one of his videos.”

Like anyone who has experienced grief, Boyce-Taylor has endured a roller coaster of emotions since losing her son, but when she speaks of him as a little boy, her voice lights up. There was one particular moment where Boyce-Taylor and Phife’s father Walt Taylor were having an argument and Phife was able to use the Bob Marley song “Positive Vibration” to squash it.

“I was feeling so hurt and so diminished by his loss,” she says of writing the book. “And I have always loved his childhood — the little boy that he was and the things he would say. So I found myself going right back to that, telling all those little anecdotes that made his dad and I look at each other like, ‘What did he say?’ Like one time, Walter and I were arguing and he just came into the living room, we didn’t even see him come in, and he started singing a Bob Marley song because we were really Bob Marley fans in our household.

“He was that young and he knew that song, all the words, and he knew the meaning of it. Like, ‘Look at you two.’ It was stunning, almost jarring. He made us look at ourselves, like, ‘Look at you two, you act so righteous when you’re listening to Bob Marley music and all you’re doing is fighting in front of me.’ I mean, he conveyed that by singing that song. We were like, ‘What are we doing?’”

It was these cherished memories that would get Boyce-Taylor through the sometimes painful writing period. Growing up in a Caribbean household, Phife would pick up on his grandmother’s mannerisms and shock his mother with some of the things he’d repeat.

“Sometimes he would say something like — and this is young, 3 or 4 years old — ‘I want to get ice cream,’” she remembers. “If I was busy, he’d say, ‘You hear me?’ That’s how my mother spoke to me [laughs]. I loved that side of that little boy, I really did. That was one of the things comforting me, and I really wanted people to get to know Malik and how he got to be Phife Dawg.”

Phife was born a twin, but his brother Mikal died only eight days after they were born. There’s a chapter in the book where Boyce-Taylor recounts a conversation she had with Phife about the three months he spent in the NICU as a premie.

“I like the part Ma/when you called the hospital at 3 a.m./to find my doctor to tell him about my nonstop cries/tell me how he said/put a tiny radio in the baby’s crib/with the music on low/after three months in the hospital/he’s used to lights and noise all night/is that what the doctor said?/tell me again Mom/Dad I want to know/is that when my love of music started?/is that why for all my adult life I’ve stayed up late?/just my music and me.”

“Malik lived in an incubator for three and a half months, so he got used to all the noise,” she explains. “When we brought him home, he cried so much at night — and we were just 19 and 21 — so we ran and called the doctor to find out what’s going on. He said, ‘Put a little transistor radio in his crib on low because he’s used to all that noise’ — and that was like magic. Music has always been his friend.”

As Phife grew older, he was ultimately diagnosed with Type I diabetes, the same disease Boyce-Taylor has grappled with since she was 19. The disease ravaged his kidneys and he eventually got a kidney transplant in 2008, which was donated to him by his widow Deisha Head-Taylor. But then that kidney failed in 2014 and his health started to decline. Despite his condition, he did everything possible to ensure he could tour with his group.

“In order for Malik to tour with Tribe, and this was early, he had decided to do what’s known as peritoneal dialysis, meaning you do it on your own at home. But you have to do it four times a day. That really took such a toll on him. He would be so tired, but when he hit that stage, that was his lifeline. You would never know how sick he was. There were times he was in the hospital doing interviews from his bed, making videos.”

Of course, Phife’s legacy lives on in Tribe albums such as 1991’s The Low End Theory, 1993’s Midnight Marauders and 1996’s Beats, Rhymes & Life and through solo work such as “Nutshell” and “Dear Dilla.”

But Hip Hop fans haven’t heard the last of Phife the lyricist yet — Boyce-Taylor and Head-Taylor are planning on delivering his long awaited solo album in 2021.

In the past five years since Phife’s transition, Boyce-Taylor has accepted his new role in her life.

“He’s my guardian angel, he’s my friend, he is always there,” she says. “I didn’t know that this was possible, but he’s always in my life. Sometimes, I will dream about him. Other times — I have the silliest little thing. I didn’t put it in the book, but his birthday is 11/20. And sometimes I’ll just be sitting there, thinking about him and I look up and the clock says 11:20. And I say, ‘Hi Malik [laughs].

“I did a lot of reading and re-reading of the book once the editors were finished with it. And the last day they sent it over and I said, ‘OK, I think this is it. This is good, I’m done with it. I’m sending it back to them now after my last edits,’ I sent it and when I look at the number of messages I had, it said 1120. Deisha was here and we screamed.”