Pooh Shiesty has become the center of a surging Twitter trend that appears to have cause him to respond defensively.

Per time of publishing, more than 10,000 tweets had racked up when users began peddling rumors of Pooh Shiesty allegedly hooking up with a purported transsexual woman in Atlanta after NSFW images and video of the encounter leaked to Twitter on Monday (May 10).

It appears the Shiesty Season rapper vehemently denies the allegations, cryptically tweeting shortly after the viral incident began to catch fire and wrote, “Go play with some who ain’t gone kill you.”

Go Play with somebody who ain’t gone kill you

Users quickly began speculating the validity of the images, which brought out the photo detectives and trolling sleuths alike to have a field-day tweeting their remarks.

Many attempted to rationalize the high possibility of a hoax, pointing out the obvious differences in the gaudy jewelry in the images compared to Pooh Shiesty’s real bling.

That is not @pooh_shiesty or @bigscarr1818 in that video. The chain is fake. So let’s not spread fake information. pic.twitter.com/7O3Kq070Y9

Countless others slid in to roast Pooh, usually somehow incorporating the Memphis native’s Lil Durk-assisted “Back In Blood” collaboration as the butt of their  jokes.

Pooh shiesty in ATL giving away his AP pic.twitter.com/29xgldgmtW

Then there were the people who had no idea what was going on or were either blown away by the actual reason behind why Pooh Shiesty began trending on a Monday night.

There were also people there to cull the chatter, reminding the hive of the times.

At the same time the ATL sex leaks were gaining traction, Pooh was also dealing with petty Instagram drama after a deleted comment put him within the crosshairs of YoungBoy Never Broke Again’s ex-girlfriend Jania Meshell.

The New 1017 Records rapper is fielding such an up-kick in viral social media drama just a few days after he was trending, due to squashing his Internet-based beef with Kodak Black following a cordial link up in Miami on May 6.

The pair were previously engaged in a feud in March when a back-and-forth ensued concerning who originated the “money spread” pose for pics — which they both have tried to take ownership for. 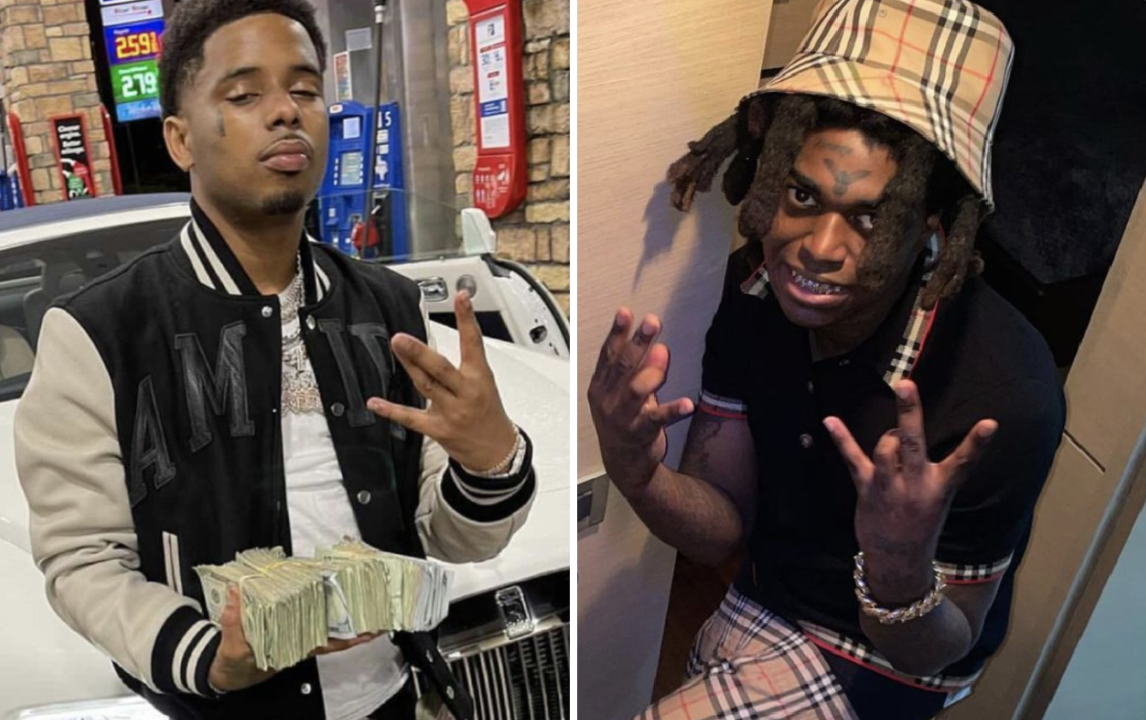 “Shit be a image for these hoes fr,” Pooh Shiesty wrote at the start of his since-deleted Instagram Story. “Yo favorite gangsta know I’ll kill him. And I think him & everybody in they gang a bitch.”

A post shared by The Shade Room Teens (@theshaderoomteens)