HBO Max announced last week it is moving forward with the controversial documentary On The Record centered on Russell Simmons sexual assault accuser Drew Dixon. Despite Oprah Winfrey vacating her role as executive producer out of concern there were “too many inaccuracies” in Dixon’s story, the film was unveiled at Sundance Film Festival in January.

But the man at the center of the doc isn’t getting a chance to tell his side of the story, which raises legitimate concern over how fairly presented the film actually is. In an article published by the LA Sentinel on April 23, author Stacy M. Brown notes HBO executives have “repeatedly declined to answer questions about the film,” including why Winfrey opted out.

Brown also reveals, “HBO has not said why they’ve chosen to ignore Simmons’ input in a documentary about him.” In a statement to HipHopDX, Simmons seemed equally as baffled but has hope there’s a silver lining.

“The stories are 25 to 40 years old,” he said. “I have taken nine lie detector tests, seven by the president of the California Polygraph Association. Any reporter with any interest in the truth can find it out and they are starting to do so. God will sort that out. A lie can get so big that the truth is forced out.

“The world needs truth and reconciliation, but the black and brown communities need a new diet. My book has tons of soul food recipes that will combat the many health disparities that exist reversing the sicknesses caused by the poison that we traditionally eat. We need to build our immune systems so we can survive this. We are in a health crisis and we must address it.”

Right now, Simmons is wrapping up a new book called Eat To Live in an effort to help the black community learn how to combat disease with healthy food choices.

“The world is in chaos,” he explains.”I’m very focused of health in the black community and finishing this book as we speak. The darker people all over the world are dying at a disproportionately higher level then their white counterparts in America — as much as six times the rate. 100 percent of this disparity is attributed to diet or environmental racism. I just completed a book Eat To Live, a post-pandemic lifestyle. We at Def Comedy Jam Relief Fund are working in the projects and pushing elected official to put in the resources.”

We had a successful night, but the work doesn’t stop!! @ericaford_ilovemylife @cedtheentertainer

Meanwhile, On The Record isn’t going anywhere. Over the past few years, Simmons reportedly provided Winfrey with over two dozen people who could corroborate his story of innocence, including a former Def Jam intern who worked for Dixon.

“While I take no sides in the accusations, I do have an opinion as well as an opposing view with Dixon’s statements,” the intern said.

Dixon told BuzzFeed she always had someone with her when visiting Simmons’ home, which Winfrey ultimately discovered wasn’t the case. Dixon is said to have visited Simmons’ home alone frequently. 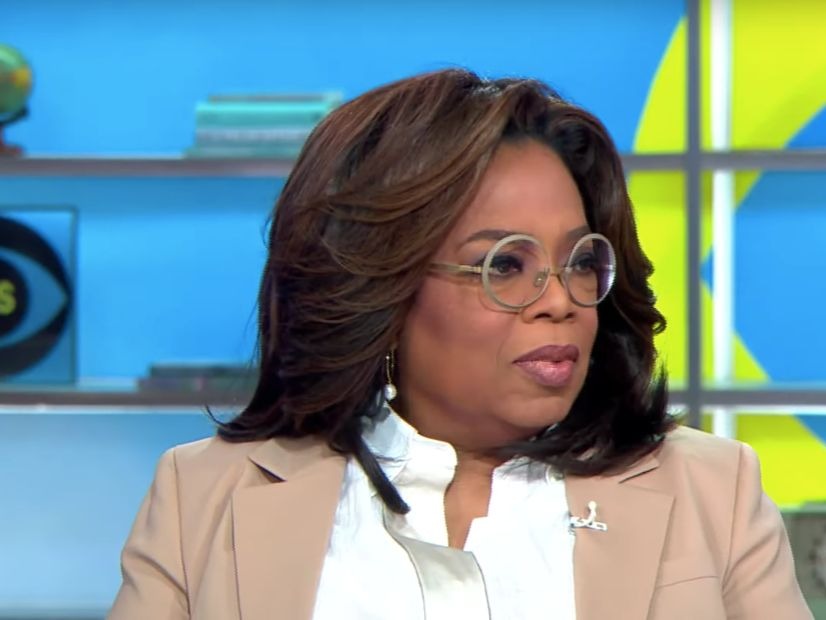 “I was made by Dixon to wait downstairs when she went up alone to see Russell Simmons, or she would take a care service and have the driver take me back to my destination,” the intern wrote in a letter to Winfrey. “At no point was I ever personally introduced to him as Drew’s intern.

“At no time did Drew Dixon seem apprehensive or afraid about going to his home and was instead very eager to go to his house to showcase a CD or give him a personal update on her projects. She would also go to his home during the day for work-related issues and later return to the office. At no time did I ever witness her return to the office upset, angry, or with a changed demeanor.”

For Winfrey’s part, she denied her decision to step back from the film was because of pressure from Simmons. During an interview with CBS This Morning in January, the talk show host mogul said, “This is not a victory for Russell. I unequivocally say that I did not pull out because of Russell. This is not a victory lap for him. I cannot be silenced by a Russell Simmons after all I’ve been through.”

Still, Simmons maintains his innocence and takes responsibility for his actions during the Def Jam Recordings era.

“I have constantly taken ownership of having been a massively unconscious ‘playboy’ or by today’s more accurate discrimination, a womanizer,” he tells DX. “But I have never been violent or done anything that could be called illegal to any woman.”

Nevertheless, HBO Max is expected to air the documentary on May 27.