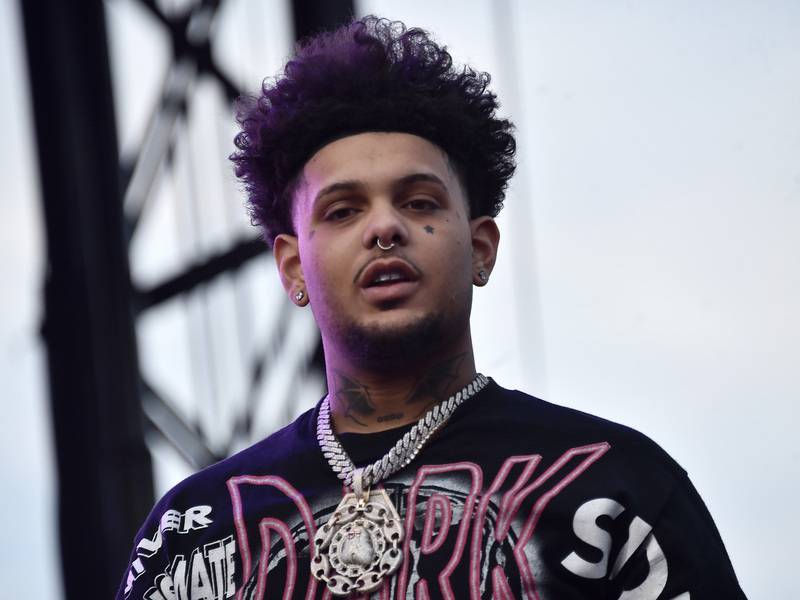 SmokePurpp and a woman who appears to have been romantically involved with him are at odds, and they’re taking the issues to social media.

On Saturday (May 9), both Purpp and the woman, who seems to go by Jessie, used their respective Instagram Stories to call each other out, with Jessie admitting that she was actually on cocaine throughout the entirety of the back-and-forth. According to her, the issues began after Purpp called her with another woman, and things escalated from there.

In one clip, Jessie is arguing with Purpp on the phone about the interaction. It appears that the phone call happened while the other woman was on her own Instagram Live, and Purpp opted to use that angle.

He then taunted his ex, suggesting she’s scared of the other woman, to which she replied that she is “scared of no one” and had already threatened the other woman with multiple forms of harm.

Shortly after the video was posted, Purpp shared one of his own, warning his fans that the woman was “mentally unstable” and had previously stayed in a mental institution. He also revealed he’d changed his number because his previous one “got leaked by a crazy bitch.”

In her response that followed, Jessie admitted that she was currently on cocaine, and explained that Purpp knew the real reason she had gone to the mental institution, so that it isn’t valid to be used against her.

“You call me retarded and you always fucking abuse me bitch saying I was in the crazy house and shit like that,” she began. “Bitch, I went there for three days and you know why I went there bro! It ain’t even on some other shit bro, so please stop! Honestly I don’t know what’s going through his head. Yeah bitch I’m on coke and he knew that because he was watching my Live. Here’s the thing, bitch – why would you do that in the first place? Like he really took some bitch’s phone!”

Oh hell naw…. #smokepurpp and his girl TOXIC TOXIC… shawty went on a cocaine fueled rage tonight after Purpp called her with his new chick. Remember she got a tattoo on her neck cuz of Purpp a few months ago. Pray for these two to find peace 🙏🏿🙏🏿

Smoke and Jessie don’t seem to have a long history, but it’s certainly a messy one. Back in April, Jessie got a tattoo on her neck that matches one of Purpp’s “a week after meeting him on IG Live,” according to Akademiks.

A woman who proclaims herself As #smokepurpp girlfriend gets his signature #deadstar tatt on her neck a week after meeting him on ig Live. Coronavirus making ppl find true love ❤️❤️

At one point during this weekend’s incident, Purpp alleged that Jessie was lying about being his girlfriend, but Jessie then used the tattoo in an attempt to prove that he’s actually the one lying. Per Jessie, Purpp made her get the ink to prove their love and loyalty to each other.