Damian Lillard tapped into his Dame D.O.L.L.A. persona for his Kobe Bryant tribute track, which originally landed on the NBA 2K21 soundtrack earlier in September. Thanks to some extra nudging from fans, Lillard uploaded “Kobe” featuring the legendary Snoop Dogg and dynamic songwriter Derrick Milano to streaming services on Friday (September 11).

“Rest in peace to the Mamba and baby Gigi/Still remember where I was standing after the three-peat/Fro was lined up yelling, ‘Kobe’ but playing pee-wee/Who you know that shoot the freebie right after they tear Achilles/No. 8 was crazy but 24 was scary/Respect his name or else he might show up as Bloody Mary/Won’t forget the things he mentioned, how to get a Larry,” Lillard raps.

🙏🏾 My tribute to Kobe. Hit the link in my bio to stream it on all major streaming services. Produced by @ayotheproducer and @itskeyzbaby. Mixed by @nathansounds Mastered by @masteredbymike Album cover photo by @bruceely Album cover art by @kampashai #DameDOLLA

Snoop then takes the baton to honor the Laker legend with a fiery assist.

“Purple and gold, Laker legend/Stone-cold, ain’t no question/Five-time champion, the eighth wonder raining on them/Take cover, switched up and changed numbers/Many tried him, but came up short/24 king of the court,” Snoop rhymes. 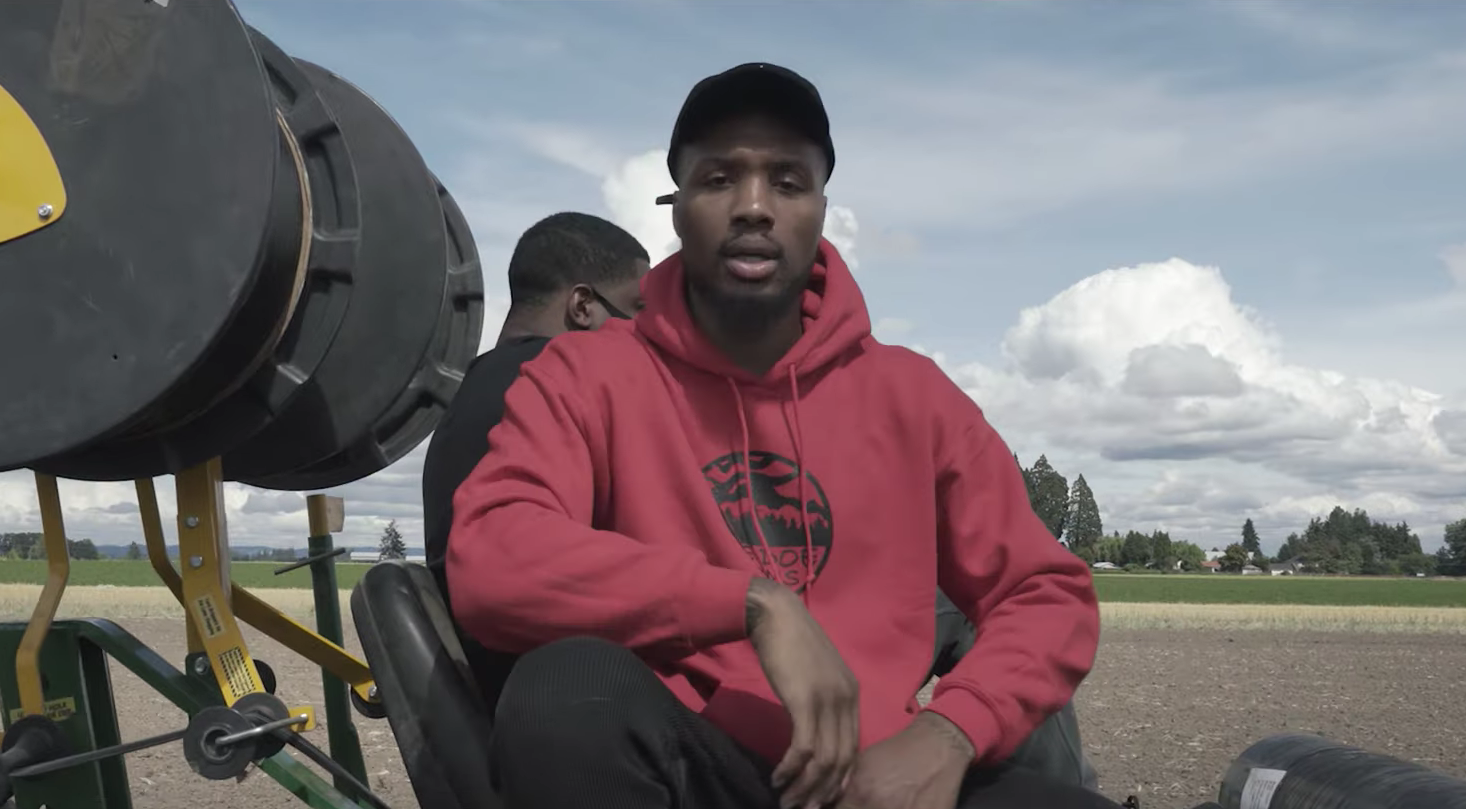 Snoop is a noted diehard Lakers’ fans and was a friend to Bryant throughout his two decades in Los Angeles, as he took in many of his games courtside. The Long Beach native saluted Kobe’s career by memorializing him with a virtual performance at the 2020 ESPY Awards. He also gifted Bryant a vintage 1967 Pontiac Parisienne following his 2016 retirement.

Lillard also paid homage to the late Bryant, who was tragically killed in a helicopter accident on January 26 with his 13-year-old daughter Gianna and eight others, prior to the track’s release in a heartfelt Instagram post.

“The response to my Kobe tribute track I did for #NBA2K21 has been so positive,” he wrote. “I just wanted to create something to pay proper tribute to someone that had a tremendous impact on me. Lots of y’all have been asking me to put it on streaming services. The wait is over.”

The response to my Kobe tribute track I did for #NBA2K21 has been so positive. I just wanted to create something to pay proper tribute to someone that had a tremendous impact on me. Lots of y’all have been asking me to put it on streaming services. The wait is over. Kobe featuring @SnoopDogg and @DerrickMilano drops tonight at 9pm PT/Midnight ET on all major streaming services. #DameDOLLA #MambaForever #MambaMentality 🙏🏾

Lillard’s magical season was cut short due to a right knee sprain in the playoffs, which saw his Portland Trail Blazers eliminated by the Los Angeles Lakers in five games. The Blazers superstar put Portland on his back when leading them from behind into the post-season, where he earned Bubble MVP honors with averages of 37.3 points and 9.6 assists during the NBA restart in Orlando.