Miami, FL – SpotemGottem was the victim of a drive-by shooting in Florida in the early hours of Friday morning (September 17), according to a report from Complex who spoke to the artist’s attorney.

The “Beat Box” rapper remains hospitalized following the shooting, which took place as he was leaving the studio at around 3.a.m. TMZ reports SpotemGottem’s car was shot at least 22 times on the driver’s side in an apparent road rage incident.

The 19-year-old rapper was riding in the passenger seat when another vehicle pulled up next to them and unloaded a flurry of bullets with an automatic weapon, says SpotemGottem’s manager Dee Phatboy.

SpotemGottem suffered gunshot wounds to both of his legs while the driver, another man, was struck in the hip. Both men were taken to a local hospital in stable condition and are expected to make a full recovery.

Unconfirmed reports emerged Friday morning (September 17) claiming SpotemGottem was shot five times in Florida and was hospitalized in critical condition, according to SayCheese and RapTV.

SpotemGottem — born Nehemiah Harden — ran into legal trouble this summer when he was arrested by U.S. Marshals in his hotel room with an Ak-47 by his side.

As a result, he was hit with charges for aggravated assault with a firearm, possession of a firearm by a convicted felon and accessory after the fact to a felony. He quickly posted an $18,500 bond.

In late August, SpotemGottem was wanted for questioning by Dallas police in connection to the murder of Reginald Agnew Jr. which allegedly took place on September 30, 2020. 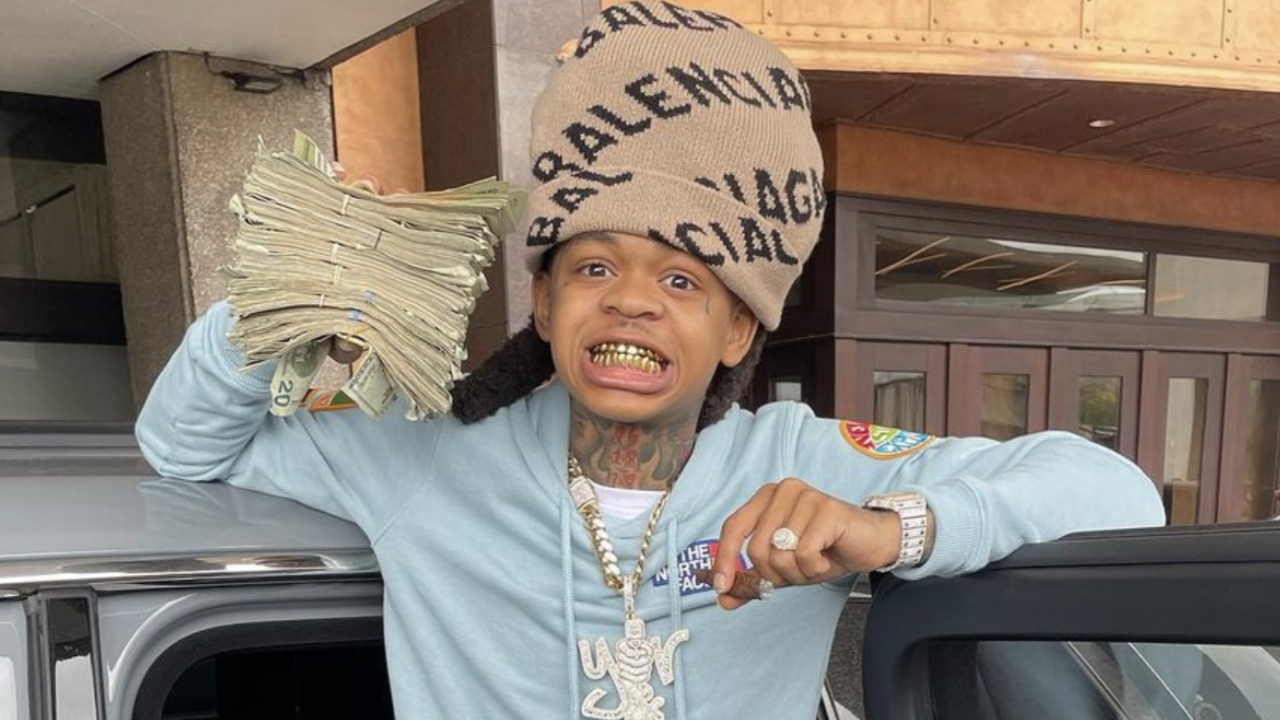 ‘Beat Box’ Rapper SpotemGottem Arrested By U.S. Marshals Who Say He Had The Draco On Him

Police believed he may have hinted at being involved in the death of Agnew Jr. with lyrics from his song “Again,” but his attorney claims he is no longer a person of interest in the case.

HipHopDX will continue to update this story as new details emerge.