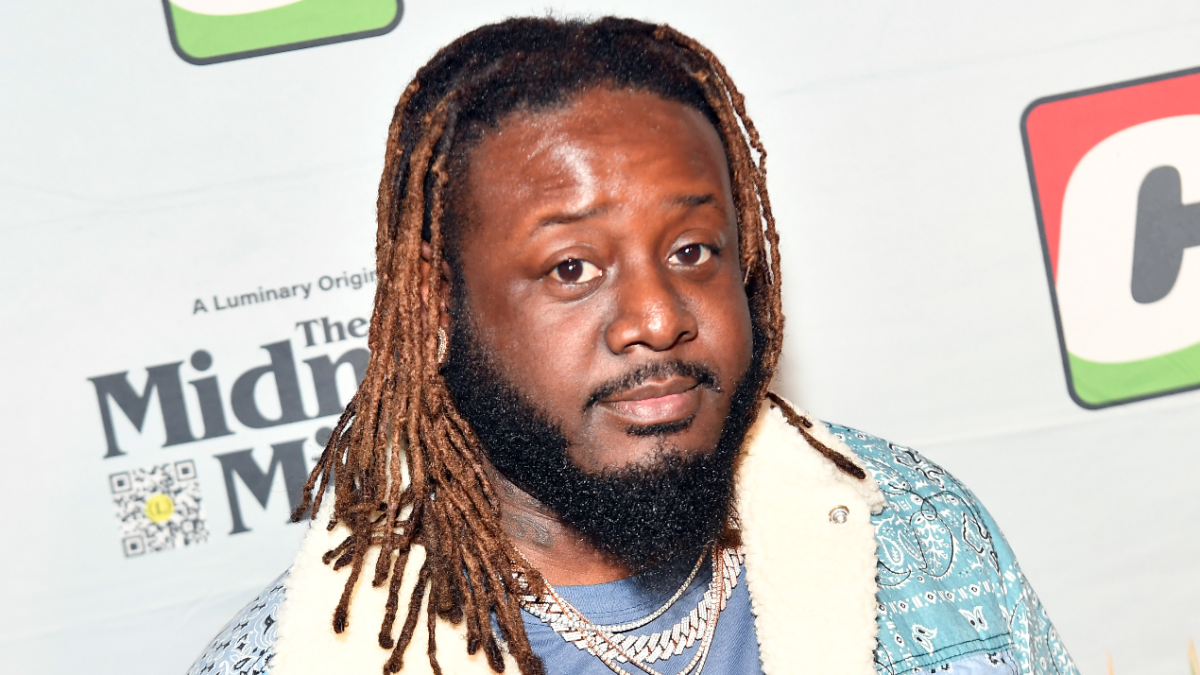 T-Pain has shed light on why he continues to speak openly about his battles with depression and anxiety during a conversation on The Daily Show with Trevor Noah.

During the interview that aired on Tuesday (November 1), the Florida native explained that he likes to do it because it’s different. Artists before him never really made their issues public, as it was all about showing off their money and jewelry.

He continued: “And I always look back at the people that came before me and I’m like ‘Why didn’t y’all tell me about this?’ Like, according to them, it was all – it’s money, girls, big house, somehow your wife don’t find out about any of that. You know, the fantasy world.

“As much as you try to create the perfect world around you, no matter what you do, you can have charities, you can do all these great things, you’re still going to have these downs because there’s no magical world in the multiverse that everybody is happy all the time.”

Tallahassee Pain has previously shared his mental health issues after Usher told him that his use of Auto-Tune ruined music. In an exclusive clip from the Netflix series This Is Pop, T-Pain spoke on the conversation that happened between the two.

“Usher was my friend,” T-Pain said in the clip. “I really respect Usher. And he said, ‘I’m gonna tell you something, man. You kinda fucked up music.’”

T-Pain thought Usher’s comment was a joke initially and laughed it up until the Confessions singer reiterated his statement.

“And then he was like, ‘Yeah man you really fucked up music for real singers,’” T-Pain continued to say. “I was like, ‘What did I do? I came out and I used Auto-Tune.’ He was like, ‘Yeah, you fucked it up.’ I’m like, ‘But I used it, I didn’t tell everybody else to start using it.’”

The two managed to bury the hatchet during an after-party concert thrown by Dave Chappelle in Atlanta. Usher and T-Pain were both on stage when they embraced and Teddy Pain claimed there was no beef.