Rumors have circulated this week that Tay-K stabbed a prison guard and increased his current 55-year sentence behind bars, but his team has quickly denied those claims. In a tweet posted on Monday (November 16), a representative shot down the reports and alleged the rapper has been behaving during his time in jail. In fact, they’re even claiming he’ll be released soon.

“ALL RUMORS OF TAYMOR’S SENTENCING BEING EXTENDED ARE FALSE,” they wrote on Twitter. “TAY HAS STAYED OUT OF TROUBLE AND THE MEDIA IS STILL FIGHTING AGAINST HIM TO PAINT AN UNTRUE NARRATIVE. APPEALS ARE STILL CONTINUING AND TAY WILL BE HOME SOON #FREETAYK.”

ALL RUMORS OF TAYMOR’S SENTENCING BEING EXTENDED ARE FALSE. TAY HAS STAYED OUT OF TROUBLE AND THE MEDIA IS STILL FIGHTING AGAINST HIM TO PAINT AN UNTRUE NARRATIVE. APPEALS ARE STILL CONTINUING AND TAY WILL BE HOME SOON #FREETAYK

Tay-K was sentenced to 55 years in prison in July 2019 for the murder of 21-year-old Ethan Walker during a 2016 home invasion in Mansfield, Texas. In November 2019, the rapper was indicted on a second murder charge for shooting 23-year-old Mark Anthony Saldivar during an April 2017 robbery, which took place at a Chick-fil-A parking lot in San Antonio. 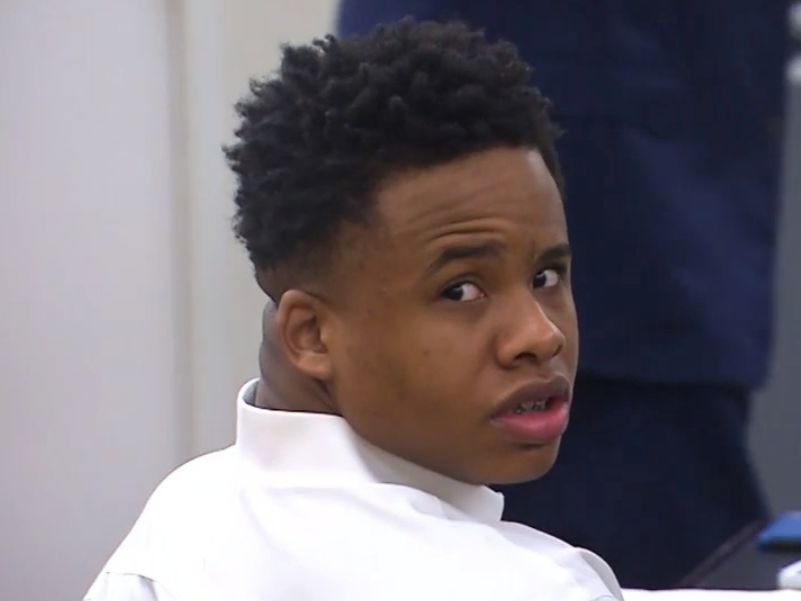 The incarcerated rapper has previously criticized his management and label for encouraging him not to speak out against his portrayal in the media.

“I wanna apologize to all my fans and supporters for letting my management and label convince me that it wouldn’t be a good decision to speak out against the way the media makes me look and the complete lies they spread,” he said in November 2019. “But I’m gonna make sure the truth about my life and my character gets out with or without management or a label. And whoever don’t like it fuck you.”

He continued, “The way the media inaccurately portrays me has affected my life directly. So instead of waiting on my ‘team’ to get the bright idea to speak up on my behalf, things will be done differently… Of course I’m not perfect or nothing, but I’m most definitely not this monster that they try to portray me as. with that being said, I also apologize for the way I may have presented myself, I was young and inconsiderate.”