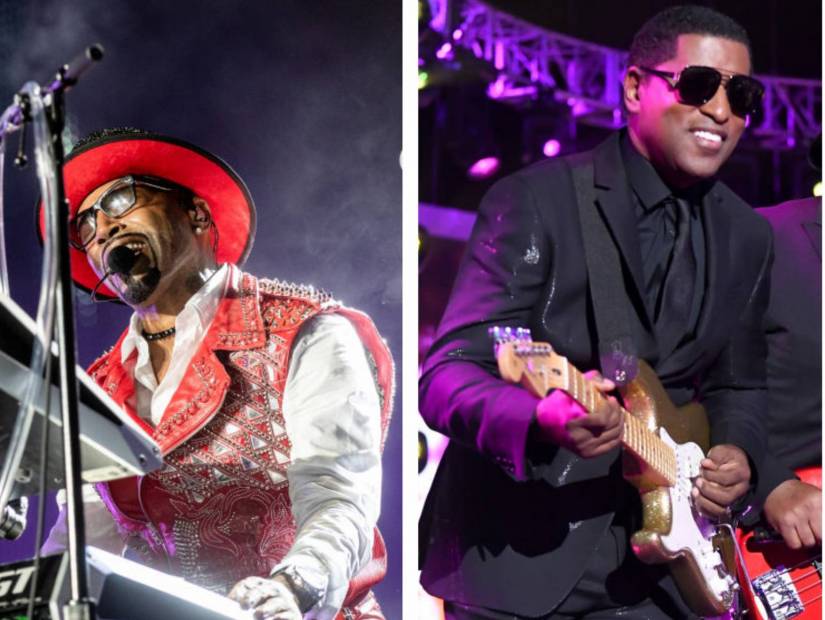 More than 500,000 viewers made Instagram Live history by tuning in to watch the two go back-and-forth for over two hours. The music legends dug deep into their respective catalogs and shared some entertaining commentary along the way.

While Riley was much more restrained with his setup in the rematch, the event wasn’t without its hiccups.

Many fans took to Twitter to complain of permanent freezing and noted they received an error message while attempting to connect. Watching via laptop seemed to be a workaround for anyone willing to put in the effort though.

Instagram publicly acknowledged the technical difficulties, which ultimately weren’t able to derail the battle. Riley and Babyface’s session still experienced some disconnections, but the downtime contained some of the prominent highlights of the night.

While waiting for Riley to come back at one point, Babyface grabbed his guitar and played an acoustic version of Eric Clapton’s “Change The World,” which stands as one of the legendary musician’s best-selling singles of his career.

And on the other side, Riley played the headshots he didn’t get the opportunity to play during the battle — such as Blackstreet’s “No Diggity” — when Babyface dropped off the stream.

Dr. Dre even connected via FaceTime to share a brief congratulatory exchange with Riley. The New Jack Swing pioneer also performed live keys along with Michael Jackson’s “Remember The Time” before signing off from Instagram.

While many fans attempted to keep score, Verzuz viewers were once again the real winner.

Watch the full recap of Riley and Babyface’s record-breaking battle below.