Tekashi 6ix9ine is apparently fielding offers left and right to beef with other rappers on social media. On Monday (August 31), the now-brown haired rapper popped back up in Los Angeles and claimed he was being offered another $5 million to spar with an “unnamed rapper” who’s likely Lil Durk.

In a clip uploaded to DJ Akademiks’ Instagram account, 6ix9ine sips on his McDonalds coffee as he paces back and forth in front of a Hollywood Hills swimming pool, explaining, “Some bum ass niggas’ label called me talking about, ‘Yo, let’s fly you out to L.A.’ — you see, we in L.A. We just got in from Chicago — they like, ‘Yo, fly out to L.A. and help promote his album.’ I said, ‘Why, what’s wrong with his album?’

“They said, ‘His last album flopped.’ I said, ‘How did it flop?’ They said, ‘It only sold 45K. We doing everything we could do to help him. We got him a Drake feature. We did all of the above and he just floppin’. Niggas selling 45K thinking they can compete with me. They tryin’ to pay me $5 million, can you believe that?”

He also hopped in the comment section to further enflame his perceived haters. He wrote, “Without Drake these people can’t chart 45 first week typa nigga & the entire industry support.”

#6ix9ine says he got offered $5 million to troll wit another rapper too.. n he’s back in LA again 😳😳

The comment is clearly another jab aimed at Durk who appeared on Drake’s latest single “Laugh Now Cry Later.” The two have been going back and forth on social media since Durk allegedly dissed him on the song. 6ix9ine then fanned the flames when he taunted Chi-Town rappers after landing in Durk’s hometown of Chicago last week.

But according to Durk, 6ix9ine’s camp offered him $3 million to keep sparring with the controversial rap figure.

“That bitch ass nigga label call me,” Durk said in a recent Instagram Live video. “Somebody from his camp. I ain’t gonna say his label. Somebody from his camp called somebody from my camp talkin’ ’bout they’ll give me $3 million to keep trolling with this nigga. Dead. I hope y’all on here lookin’ and listenin’. 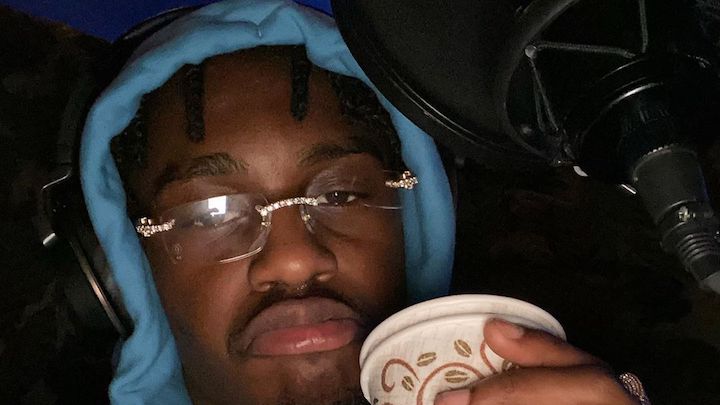 Lil Tjay also made similar allegations over the weekend, saying, “They did the same shit with me !!!! Fuck his money!”

In all fairness, Durk’s album Just Cause Y’all Waited 2 did jump from No. 56 to a new peak of No. 2 on the Billboard 200 after the project was reissued on June 26 with seven new tracks, but that was way before the 6ix9ine back-and-forth began.

Wait… #liltjay says #6ix9ine team offered him $3 million to keep trolling wit him as well. 😳😳. Would u take the money??