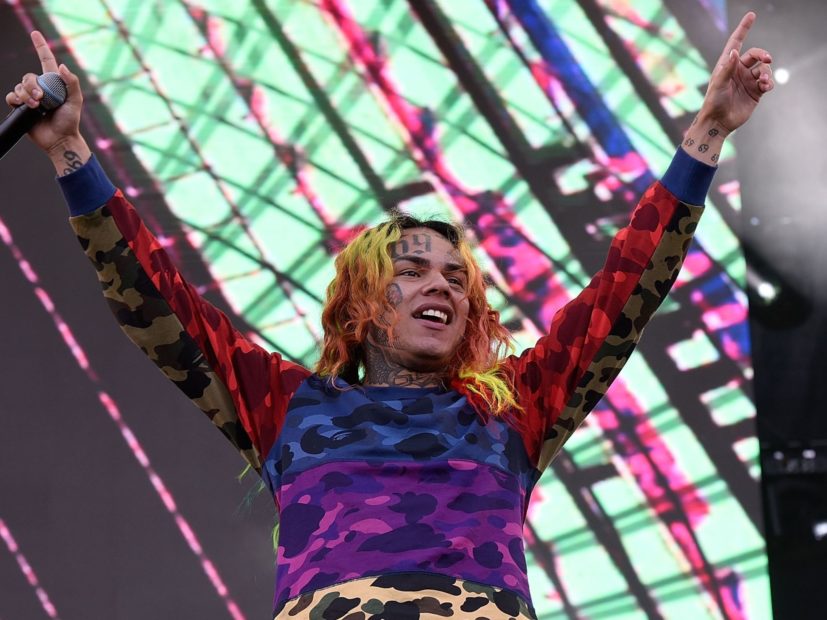 Tekashi 6ix9ine was granted a “compassionate release” from prison last week after presiding Judge Paul A. Engelmayer deemed his asthmatic condition would put him at higher risk for COVID-19.

Shortly after the polarizing rapper got out of the Queens Detention Facility, he immediately made a joke about his “snitch” reputation. And now, he’s changed his Instagram profile picture to a cartoon drawing of himself sitting in a rat trap, kicking back and nibbling on a chunk of Swiss cheese. Included in the drawing is his signature multi-colored and prominent “69” tattoo on his forehead.

DJ Akademiks posed a fair question in the caption, “Do y’all think it’s funny or wack that he’s making light of snitching? Or is he playing his cards right for the comeback?”

Here’s a better pic of #tekashi69 profile pic. Do y’all think it’s funny or wack that he’s making light of snitching? Or is he playing his cards right for the comeback?

In 6ix9ine’s Instagram bio, he attempted another joke about his stint as a star government witness, writing, “Why everybody callin me a snitch? I’m missin something?”

6ix9ine is serving the remainder of his 24-month sentence at home. While he’s under strict release conditions and will be on federally supervised probation for the next five years, he’s allowed to go on social media — despite his trolling ways.

His attorney Dawn Florio recently told TMZ he wouldn’t engage in questionable social media conduct, even though that’s one of the first things he did upon his release. Florio also confirmed her client will be focused on writing two new albums — one in English and another in Spanish.