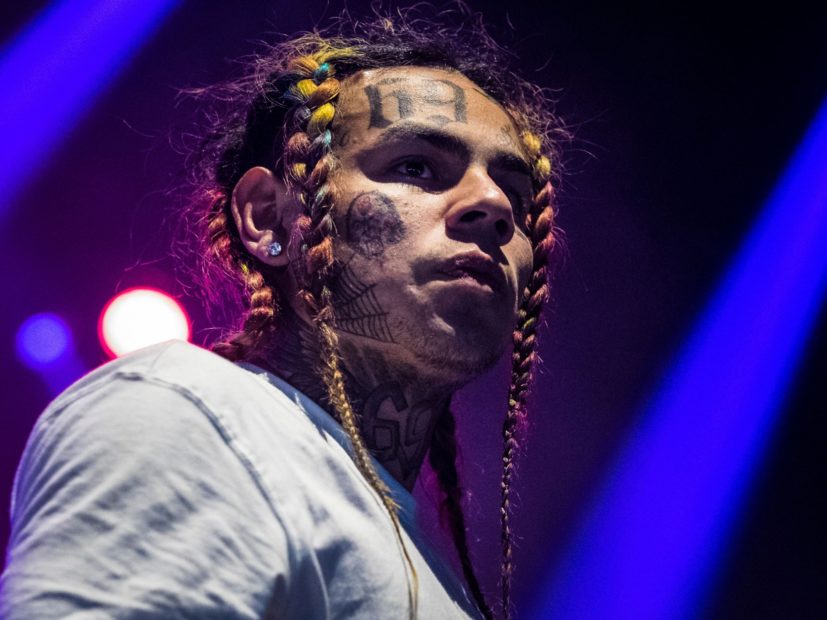 Tekashi 6ix9ine’s legal team promised their client wouldn’t be engaging in questionable online behavior, but it looks like the polarizing rapper isn’t heeding their recommendations.

After making his grand return to social media on earlier this month, he’s now trolling Tory Lanez during the Toronto native’s Instagram Live show, Quarantine Radio.  On Monday night (April 13), 6ix9ine jokingly threatened to rat on Lanez if he didn’t air some of his new music.

“Lemme play this new shit or ima snitch on u,” he wrote in the comment section. “You not even from America u from Canada.”

6ix9ine was recently granted a “compassionate release” from prison after the presiding judge ruled he was at a higher risk for COVID-19 due to his asthmatic condition. Upon his release, he almost immediately started making light of his “Snitch9ine” reputation.

Last week, he updated his Instagram profile photo to a cartoon drawing of himself sitting in a mouse trap and gnawing on some Swiss cheese, implying he was a “rat.”

The 23-year-old Brooklynite was arrested on racketeering charges in November 2018. During trial, he admitted he turned government witness days after he was taken into custody. As a result of his testimony against alleged Nine Trey Gangsta Blood members Anthony “Harv” Ellison and Aljermiah “Nuke” Mack, he received a significantly reduced sentence.