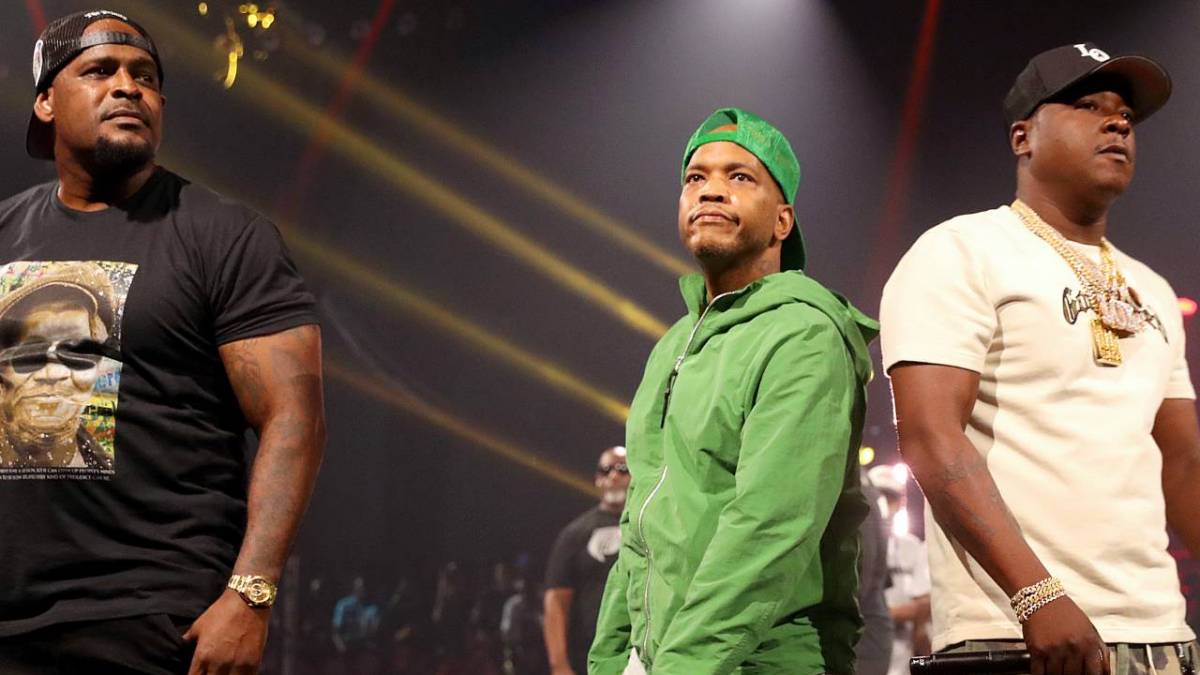 The LOX have flipped a Public Enemy classic into a new song titled “Terminator LOX” — check it out below.

Sheek kicks things off by reminiscing on the gritty old-school days of rap, as he bashes on TikTok and asks plainly, “what happened to Hip Hop?”

Jada then steps in and drops a braggadocious verse reaffirming his GOAT status in rap. “I’m still hungry, my stomach is growling/ And the fangs is out, that mean my n-ggas is howling/ Hate’s expected, we already seen love/ You mad we really getting the money you dreamed of,” he spits.

Styles P then brings it all together, flexing rough and rugged bars about how no other rapper is better than those that dominated their generation. “You should know I’m the gold standard/ Fuck with the horn boys, the black Ghostlander/ N-ggas better than Ghost? Nah that’s so random,” he raps.

This new track hopefully means a new LOX project is incoming, which would be perfect timing considering they just celebrated the one-year anniversary of their Verzuz victory over Dipset last year, which brought in over five million viewers, and gave each group a massive boost in streaming revenue.

“My numbers went up for hostings and walkthroughs, for shows and TV cameos,” Jadakiss told Complex after the battle. “Just in general my numbers went up. It also showed Def Jam that they got to do the right thing [and] restructure my contract. It really showed the world my true worth, what I can do.”

Ever since the Verzuz, it’s seemed like the Yonkers trio have never been closer. They recently performed at L.L. Cool J’s Rock The Bells Festival in Queens, New York, and Jadakiss took a moment during their performance to show love to his LOX brethren, and gift them some new jewelry.

“We going down in history as the most loyalest rap group that ever lived,” Jadakiss said to a rowdy crowd. “And with that being said we don’t get none of them awards, so fuck all of them awards. I got my brothers my own awards cause we champions. So here’s the championship rings right here.”

A new album from LOX would be a welcomed gift for fans, as the last full project they got was 2020’s Living Off Xperience, which featured appearances from T-Pain, Westside Gunn, Benny the Butcher, Jeremih and the late DMX, among others.