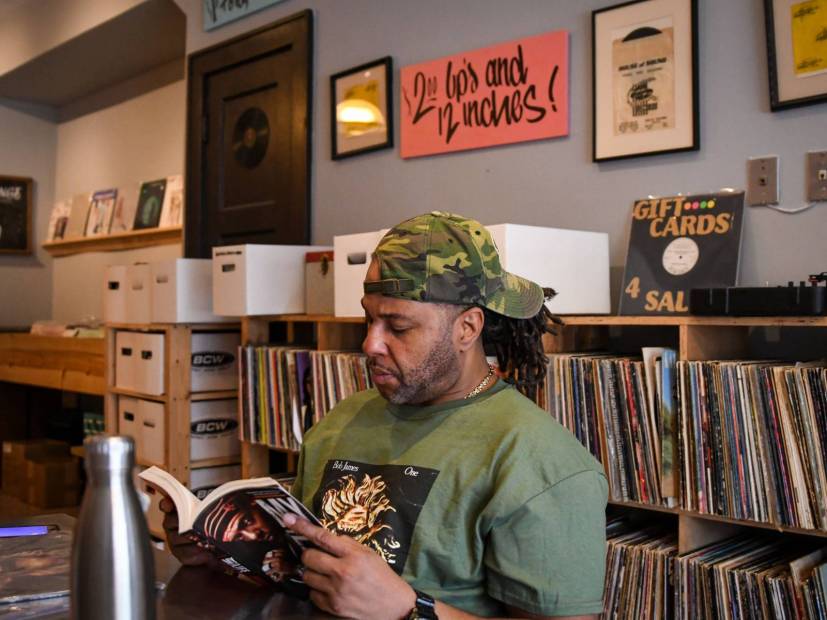 HipHopDX Premiere – Milwaukee MC Twan Mack has unveiled his new video for “Marvelous,” a hilarious yet uplifting visual that puts a spotlight on Twan’s unwavering love for Hip Hop culture and what it’s done for him.

“The song was spawned from the feeling I’ve always gotten from the culture,” Twan tells HipHopDX. “In dark days, it has always been there for me. When I crafted the track with Ben Block, who’s the other half of Kareem City Music with myself, the lyrics and chorus jumped out at me. By the time he’d left my house and made it home 20 minutes later, it was virtually done.”

All I NEED NOW IS @revwon & @kingdmc to give me a nod and it’s a WRAP. MARVELOUS APRIL 3rd @hiphopdx LET’S GO WORLD‼️🙌🏾🔥

“He’s been instrumental in the landscape of Hip Hop production since the 80’s,” Twan says. “His record ‘Nautilus’ has been sampled hundreds of times by many artists, including Run-DMC, Wu-Tang Clan, Slick Rick, Eric B & Rakim, Pete Rock & C.L. Smooth, EPMD and Main Source. Although I did not sample him on ‘Marvelous,’ I did a short beatbox rendition of ‘Nautilus’ at the end of the record and mention him on the chorus. Also, my stylist tracked down a Bob James t-shirt which I wear during the visual.”

Ahead of the release, several notable MCs showed support for the video — from Digable Planets MC Butterfly and Arrested Development’s Speech to Brand Nubian MC Sadat X. He even popped up on Yo-Yo’s Instagram Live session for a short interview.

Twan’s been working tirelessly for decades. Since he first heard Fatback’s 1979 single “King Tim III (Personality Jock)” at 9 years old, he was “mesmerized” by Hip Hop’s sound. Earlier that year, he lost his father, his mother remarried and they moved to Burlington, New Jersey, 30 minutes away from Philadelphia and 80 minutes away from New York City — a big change for anyone but especially a kid.

“I was instantly immersed in Hip Hop culture and deified Kool Moe Dee, Melle Mel, Lady B and the Crash Crew,” he remembers. “Mel and Moe were wordsmiths who made me unashamed of having an advanced vocabulary, defining words and how to incorporate them into rhyme routines. I had found my home in 1980 as an artist.”

Twan adopted his first MC name, Master Rhyme, at the age of 11 but his East Coast adventure didn’t last long. A bout with homesickness took him from New Jersey back to Milwaukee to be closer to his grandmother in 1981. Armed with stacks of records and cassette tapes, he returned to Wisconsin invigorated by what he’d learned while away.

“It helped to spur on a stagnant Hip Hop community as I shared with up and coming DJs like Dr. B. what the true essence of the culture was,” he explains. “Unfortunately, I also returned to my home city with a fused hip, which I sustained in a little league football accident. That’s a whole other story.”

Over the past several years, Twan has made Hip Hop his life. His goal is to put out “Adult Contemporary Hip Hop music which inspires, educates and entertains simultaneously.”

“I want to move the culture — not maintain it, because that means you are running in place,” he says. “My music will hopefully inspire, educate, entertain, allow me to travel, perform abroad and leave a legacy of Adult Contemporary Hip Hop for generations to refer back to when I’m gone. Fame is not the aim, but I welcome meeting new people and finding kindred spirits within the culture.

“I hope it allows me to meet Kurtis Mantronik, who in my eyes is one of the greatest producers of all-time. I do this because it makes me happy and keeps me on the cutting edge, staving off ever being old or outdated. That in fact is why Kool Herc created this culture; to preserve the youth in us all and give us a safe creative space to express ourselves.”