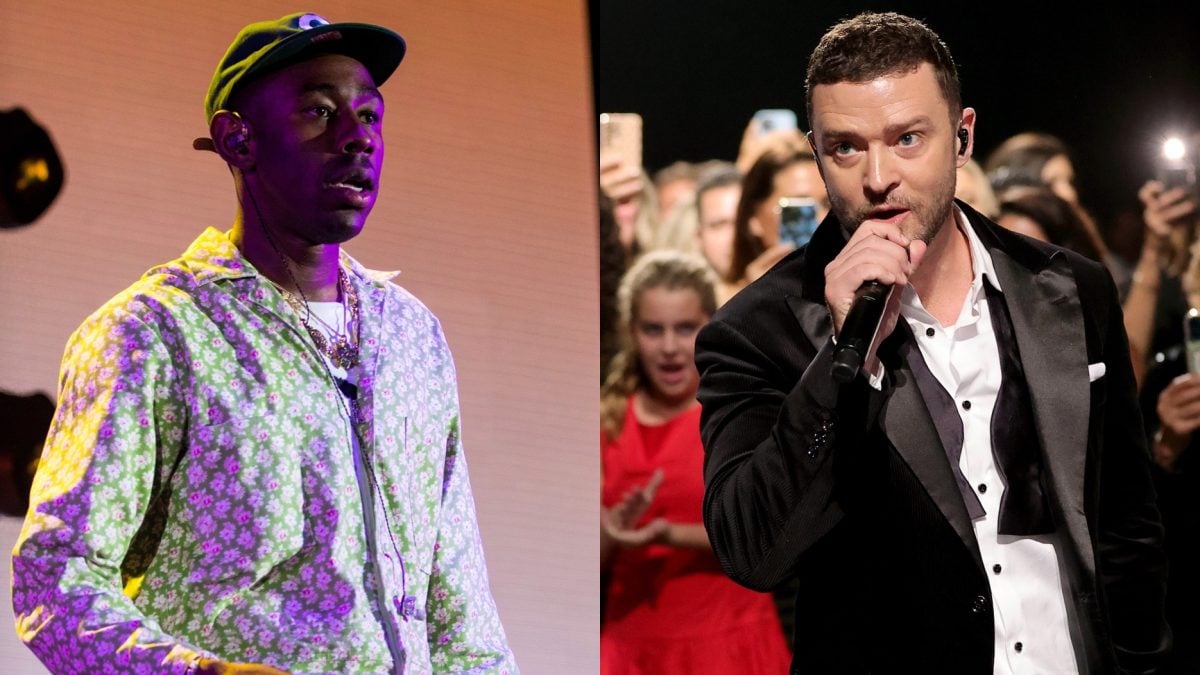 Tyler, The Creator has shown his admiration for Justin Timberlake’s debut album Justified, to commemorate its 20th anniversary.

On Thursday (November 10), Tyler took to Twitter to share that Timberlake’s debut is one of his favorite albums of all time because of its innovative production and songwriting.

“Started a long write up about it but didnt finish it,” Tyler wrote. “JUSTIFIED turned 20 this year. a favorite album of mine. SEÑORITA bridge, the structure of NOTHING ELSE, the last minute of LAST NIGHT. very special album. Christmas 2002 was one of the greatest moments of my life, 20!”

started a long write up about it but didnt finish it. JUSTIFIED turned 20 this year. a favorite album of mine. SEÑORITA bridge, the structure of NOTHING ELSE, the last minute of LAST NIGHT. very special album. christmas 2002 was one of the greatest moments of my life. 20!

The album’s lead single “Like I Love You” featuring The Clipse peaked at No.11 on the US Billboard Hot 100, with follow-up singles “Cry Me a River” produced by Timbaland, and “Rock Your Body” produced by Pharell landing inside the Top Five on the chart.

Debuting at No.2 on the US Billboard 200 with 439,000 copies sold in its first week, it was certified three-times platinum by the Recording Industry Association of America (RIAA) and eventually sold over 10 million copies worldwide.

Besides paying tribute to Justified, Tyler, The Creator may be planning to record a collaborative album with Freddie Gibbs. In an appearance on Rap Caviar, Gibbs, who recently released the deluxe version of $oul $old $eparately, was enthusiastic about wanting to work on a project with Tyler.

“We can do it Tyler,” Freddie Gibbs said, repeating his name. “I’mma call his mama and make it happen. She’ll get him to do it.”

Although they haven’t locked in to create any music, Gibbs holds Tyler in high regard for his fearlessness as an artist.

Tyler, The Creator Stunned By ‘Rush Hour 3’ Discovery: ‘I’ve Been Lied To’

“I love Tyler man, he’s such a fuckin’ weirdo,” Gibbs said during the Rap Caviar clip. “It’s like, how can you not love a guy like that? He’s like a little brother to me, but I look up to him at the same time too. Cuz I see the things that he does and I’m like, ‘What the fuck!’ It’s amazing, he has no fear!”

On the acting side of things, it was announced that Tyler will be playing the role of Jesus in the new season of Netflix’s Big Mouth.

Returning for its sixth season, the acclaimed animated series broke the news that Tyler had joined the cast with a prayer in a tweet. “In the name of the father, the son, and Tyler, the Creator plays Jesus in Season 6,” the show wrote.