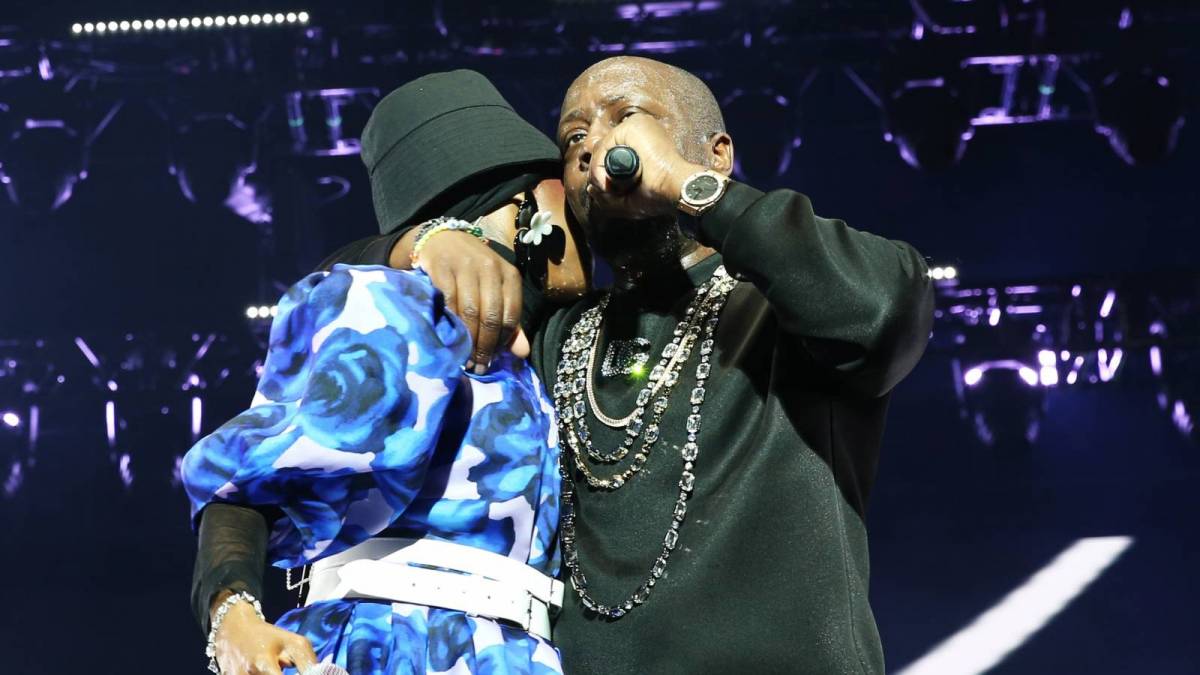 New Orleans, LA – Wyclef Jean was among the many performers at the 2022 Essence Fest in New Orleans on Friday night (July 1). During his set, Wyclef brought out his fellow Fugee Lauryn Hill much to the surprise of the audience.

The two longtime collaborators did a live rendition of “Killing Me Softly” from the group’s critically acclaimed sophomore album The Score as well as “Ready Or Not,” “How Many Mics” and “Fu-Gee-La.” Prior to the performance, HipHopDX spoke to Wyclef who ensured his fans his Essence Fest appearance would be “historical” — and he delivered.

The performance comes six months after the Fugees canceled The Scores‘s 25th anniversary reunion tour due to the ongoing COVID-19 pandemic.

“We anticipate and understand disappointment but our anniversary tour will not be able to happen,” the group explained at the time. “The continued Covid pandemic has made touring conditions difficult, and we want to make sure we keep our fans and ourselves healthy and safe. An idea sparked to honor and celebrate this 25th anniversary of The Score, but we see now it may not currently be our time for revisiting this past work.”

The fact Lauryn Hill, Wyclef Jean and Pras were able to come together for a show in New York City prior to the cancelation was a miracle in itself. Shortly after The Score was release, the trio had a terrible falling out and it looked like they’d never share a stage again. Wyclef and Hill admittedly had an affair while he was married to designer Marie Claudinette. According to Wyclef’s autobiography Purpose, Hill also lied about the paternity of her son Zion and led him to think the child was his, when it reality the baby belonged to Bob Marley’s son Rohan.

The Fugees’ Wyclef Jean Announces ‘2097’ Album Amid ‘The Carnival’ Anniversary

“In that moment something died between us,” Wyclef wrote. “I was married and Lauryn and I were having an affair, but she led me to believe that the baby was mine, and I couldn’t forgive that … She could no longer be my muse. Our love spell was broken.”

But when announcing the tour in September 2021, Hill explained how they were able to bury their turbulent past in order to move forward.

“The Fugees have a complex but impactful history,” she said. “I wasn’t even aware the 25th anniversary had arrived until someone brought it to my attention. I decided to honor this significant project, its anniversary and the fans who appreciated the music by creating a peaceful platform where we could unite, perform the music we loved, and set an example of reconciliation for the world.”