YFN Lucci made a grave error while filming a recent music video — well, at least some careless person on set did. According to TMZ, the Atlanta-bred rapper was handed what he thought was a fake semi-automatic weapon to be used as a prop.

What Lucci didn’t know was the gun was actually real and he inadvertently wound up firing a round with three other people in close vicinity. In a clip of the incident, Lucci is playing around with the weapon, eventually pulls the trigger and — boom — the gun goes off.

He shouts, “Oh Jesus!” as everyone scatters.

Lucci is no stranger to gunfire on video shoots. Last May, shots were fired during Lucci and Lil Zay Osama’s video shoot.

The shooting came roughly two weeks after Lucci’s Mercedes G-Wagon was targeted in Atlanta and riddled with bullets in a drive-by shooting. The car was registered to Lucci’s mother and one person was hit in the shoulder. They were treated at a local hospital and released. 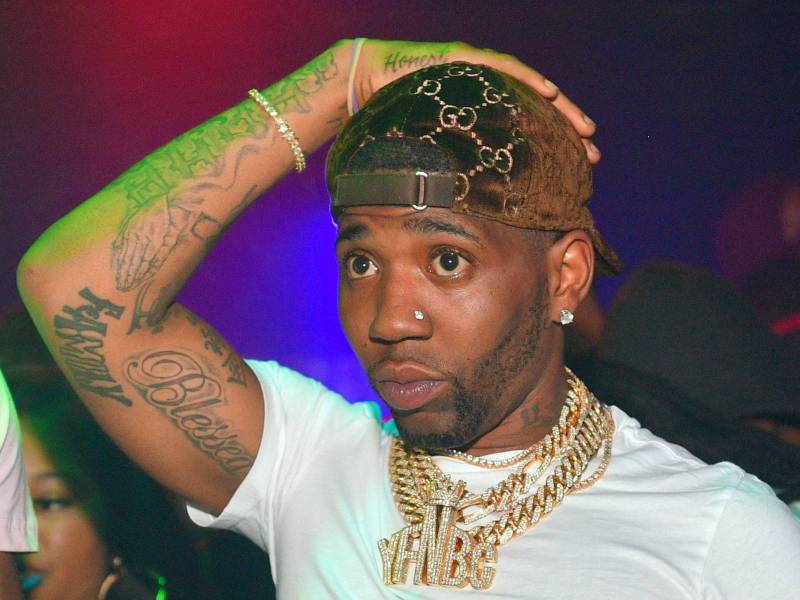 Then in June, a teen suffered minor injuries after a shooting broke out in an apartment complex where Lucci was shooting another music video. Atlanta Police Department spokesman Steve Avery confirmed in a statement a 15-year-old was shot in the hand.

“The investigation revealed that at the time of the incident a music video production was underway when at least three suspects began shooting,” Officer Avery said at the time. “In addition to the injured victim, several vehicles in the parking lot were damaged.”