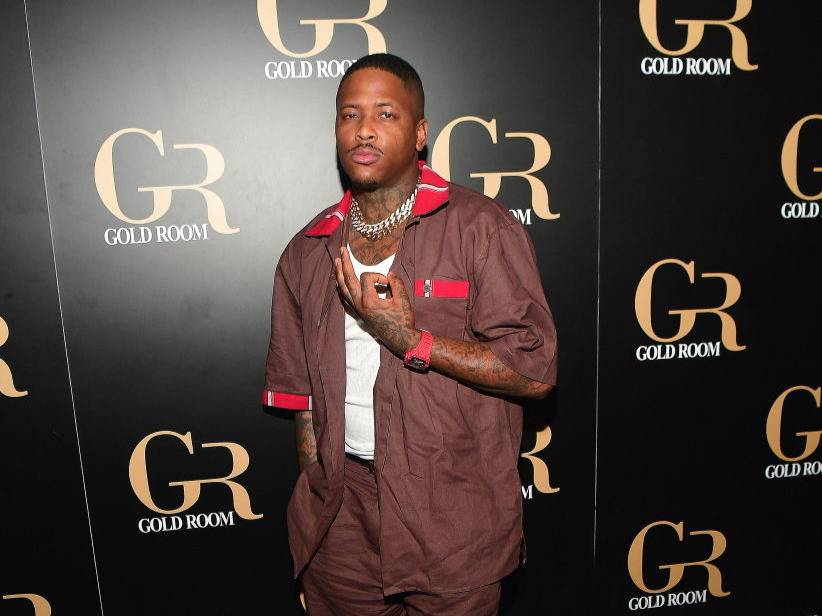 Could it be time for a new YG album?

On Monday (April 27), the West Coast rhymer shared an Instagram clip revealing he’s been hard at work while on quarantine. In the clip, which co-stars his custom red and black Maybach, YG previewed a new song with an infectious bounce that sounds like it could have the makings of his next hit.

“I got a hit they mad/Baby say I’m lookin’ like dad,” he playfully raps. “I don’t really do much really/I just pull up wit a whole lotta swag!”

In the caption, YG solicited fans’ opinions on who he thinks should join him on the unfinished song.

“Swag swag swag swag,” he wrote, referencing the track’s hook. “Who should I put on this shitt? Don’t mention no hoe bitch rapper.”

Some of his 6.7 million IG followers suggested Mozzy and DaBaby as potential features, while A$AP Ferg himself commented he “needs parts.” The pair have collaborated numerous times in the past and have even toured together, so the idea is certainly not far-fetched.

On Valentine’s Day, he released a collaboration with his then-girlfriend Kehlani called “Konclusions.” The pair called it quits the next day, so the track – which sampled 2Pac’s classic “Hail Mary” – didn’t see much of a push.