Yung Bleu has been making a lot of noise since he broke onto the scene in 2020. The HipHopDX 2021 Rising Star boosted his résumé working with artists such as Drake, Chris Brown, 2 Chainz, Big Sean and more and saw his popularity grow considerably. Attention is coming from all sides but there’s one person that gave Bleu an unexpected co-sign.

During the latest episode of The Joe Budden Podcast, Budden took time out to praise the Alabama native. According to him, Bleu can do no wrong with his music.

“This kid is crazy. This is not an ad,” Budden said. “Never met him. I just happen to have some unreleased music of his in my phone, it’s all crazy, and I like every single thing that the kid has put out. Even the stuff that wasn’t meant for me to like it.”

When asked why the blogs consistently report on Bleu, Budden said its because he’s one of the hottest artists out right now.

“His name brings traction and now they’re just taking anything that he says and trying to make it something,” he said. “I’m not letting y’all take Yung Bleu from me. I’m listening to this shit, and he got an album dropping soon, god damn it. Everything that he happens to touch…fuego.” 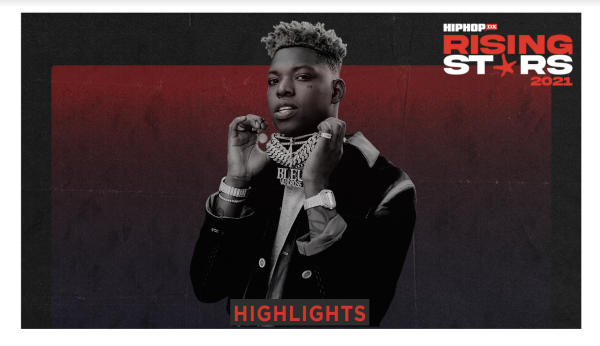