Tekashi 6ix9ine is preparing his comeback and the hour appears to be nigh.

According to Akademiks’ social media postings, 6ix9ine has pinpointed Friday (May 8) at 3 pm EST to mark his return to Instagram Live and premiere new music.

It will mark the first time he’s publicly spoken since September 2019, where he testified against his crew, the Harlem Nine Trey Gangsta Bloods and name-dropped the likes of Jim Jones and Cardi B in court.

Tomorrow 3 pm EST. 6ix9ine will be on IG live premiering his new Song + Music Video and have his first public appearance since testifying in a court room … pic.twitter.com/ZIRWaQXlYe

After a judge cleared the embattled rapper to shoot music videos in his backyard, details about his first project are beginning to emerge. TMZ reported the visual will feature 6ix9ine alone in the frame and that he’s already recording footage. It’s possible special guests will appear in the final production, but if so, they’ll be shooting their own content.

6ix9ine will apparently direct the video himself. TMZ claimed 6ix9ine’s security guards are not only moonlighting as his camera crew, but also tasked with household chores such as brewing coffee and moving his cars. 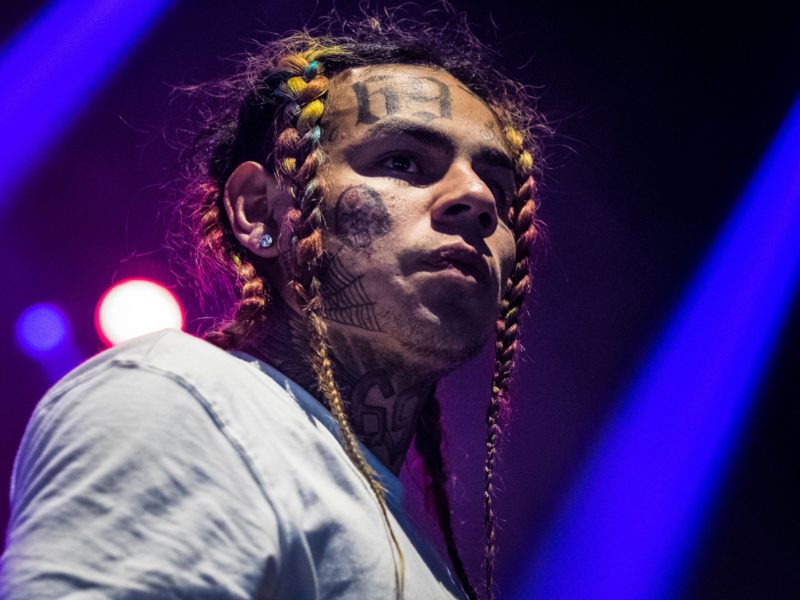 The rapper is no stranger to a camera. Dave East spoke on 6ix9ine’s history as a cameraman in an interview with BigBoyTV.

“I met [6ix9ine],” he said. “He was with one of my homies. We was in the studio. He didn’t have no tattoos, no rainbow hair. He had a regular haircut. He sat in the corner. He was a cameraman, he used to do videos. That’s a fact. He said wassup, he smoked, drank, real L7. Next time I seen him, he was the biggest blood I ever seen on Earth.”

The terms of 6ix9ine’s “compassionate release” prohibit him from leaving the house for the next three months. Earlier, he teased May 8 as a potential date for new material.

Is 6ix9ine gearing up to drop? pic.twitter.com/W0jxfSGcHy

The controversial rapper has quickly returned to his old ways since his release. Last week (April 30), he dissed 50 Cent after the mogul announced he wouldn’t work with 6ix9ine again due to his extensive snitching.

“Won’t be the first time 50 abandons his son,” 6ix9ine wrote in the comments section. “lemme just mind my business.”

Elsewhere he coughed up over $300,000 on a new chain, while purchasing a Richard Millie watch and several luxury cars. TMZ reports that his security guards recently asked for a raise, to which the Brooklyn rapper quickly agreed.