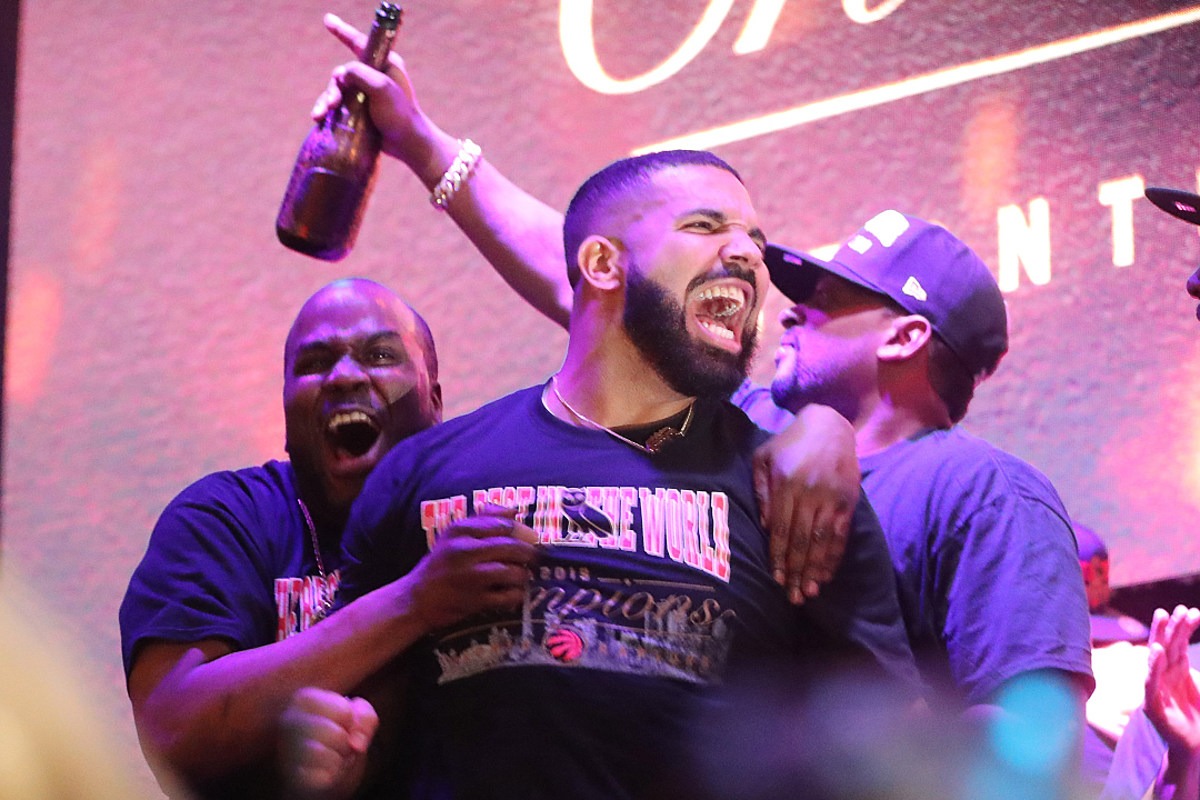 Drake just dropped off a two-pack.

Right before midnight on Saturday (Feb. 29), Aubrey released two new songs, "When to Say When" and "Chicago Freestyle." The new releases came after the rapper quietly announced the drops via Instagram by revealing the cover art for both tracks along with the caption, "NEW FULL DRAKE 2020 LEAKS ON www.soundcloud.com/octobersveryown VIDEO LINK IN BIO."

"When to Say When" samples Jay-Z's "Song Cry" and is produced by June James. "Thirty three years, I gave that to the game/Thirty mill, I save that for the ring," Drake raps over the laid back track. "Five hundred weeks, I fill the charts with my pain/Five hundred mil and I fall back in the 6ix/Finally give you the niggas the space you need to exist/Michael Jackson 'ship, but the palace is not for kids/Still women sayin' it's childish the way we live/Brought a few W's' to the 6ix."

The visual shows Drake in NYC, in particular, Brooklyn's Marcy Projects, where he was caught on camera filming the video a few weeks back.

"Ay, truck to the plane, to the truck/Truck to the hotel lobby/Me, I go through underground garages/Presidential suite, on deposit," Drake boasts on the Sevn Thomas-produced song.

The songs come on the heels of Drake announcing he is in the studio finishing his new album and follows his last solo cut, "War."

You can watch the music video for "When to Say When" and "Chicago Freestyle" below.