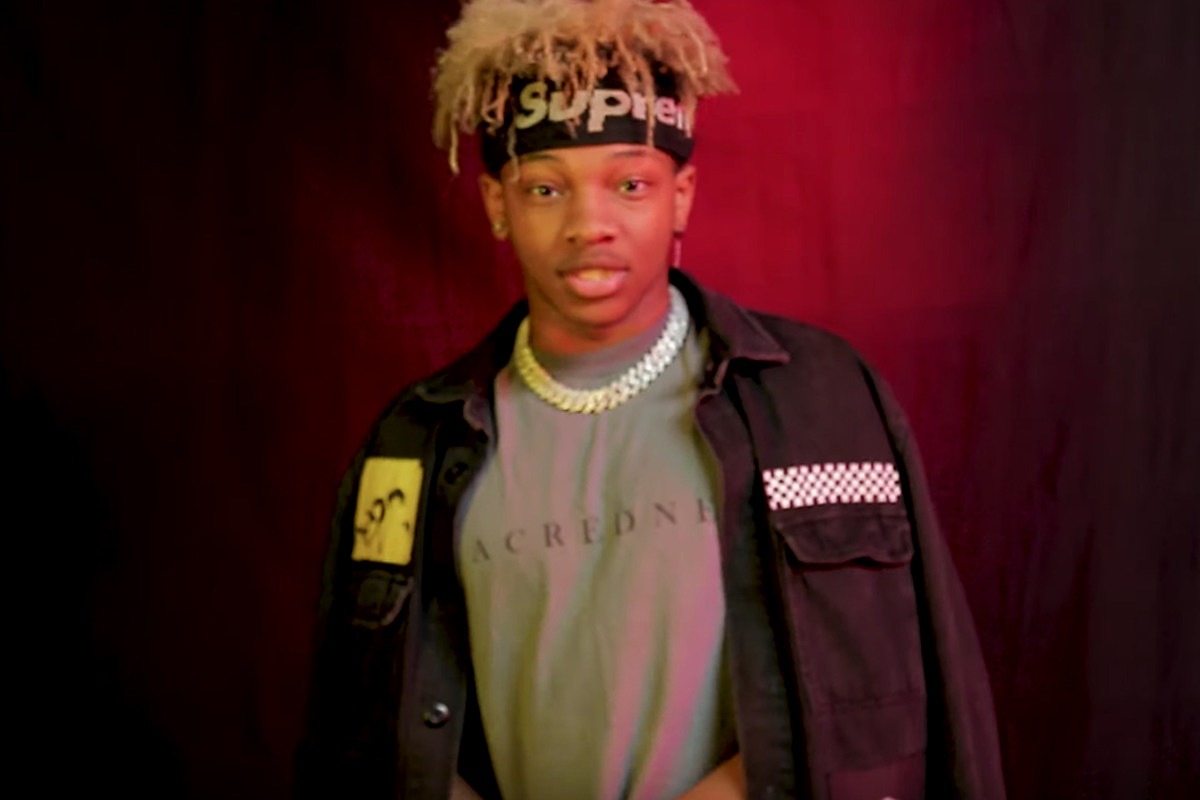 Some people just have a knack for grabbing people's attention. Jufu, a rising rapper 19-year-old out of Brooklyn, shot his way up the TikTok ladder with his 2019 songs "Woahh" and "Who R U," the latter earning him support from Will Smith, Steve Harvey and former presidential hopeful Julian Castro. TikTok is creating a lot of stars, but Jufu is a unique case, as he started out with comedy videos then moved to rap and tasted success quickly.

"Who R U" has over nine million streams on Spotify alone, and Jufu has amassed 42 million likes on his official TikTok page. With the way he's excelling as both an artist and a social media personality, the lane is wide open for Jufu to continue to develop his talent and fan base. He dropped by the XXL office for a new freestyle and to share some background info about his come up.

In this freestyle, Jufu runs through his verse with a double-time flow. "I am a menace/Challenge my flow is too cold, just waiting to start the experiment/You look a little delirious" he rhymes. "That's why they say all my lyrics mysterious, whoa/Take a look into my mind, deep inside there is a shrine/I will not let you in, but I will channel a few of the things that I carry inside." He continues on, stopping and starting on the bars he wants to emphasize.

It's clear the hip-hop newcomer isn't afraid to experiment. While things have worked out for him musically now, Jufu isn't shy about explaining where he could have done better. "I missed a lot of steps when I was releasing the song ['Woahh']," he shares. "It was a 15-second song that I made specifically for TikTok." The song started to blow up, getting up to 600,000 TikTok videos in which fans plays the track in the background. Jufu feels he could have gone further if he completed the full song faster. That lesson lead directly to the success of his follow-up song "Who R U."

With his career just getting started, Jufu is fully confident in his musical talent. "I'm a big risk-taker, I don't believe in plan B," he says. "There's gonna be a lot of opinions and I just have to not think about it too much. In the music business, I just need to remove my emotion from everything." Sound advice.

Look out for the New York native's debut mixtape dropping this spring. Check out Jufu's new freestyle below.