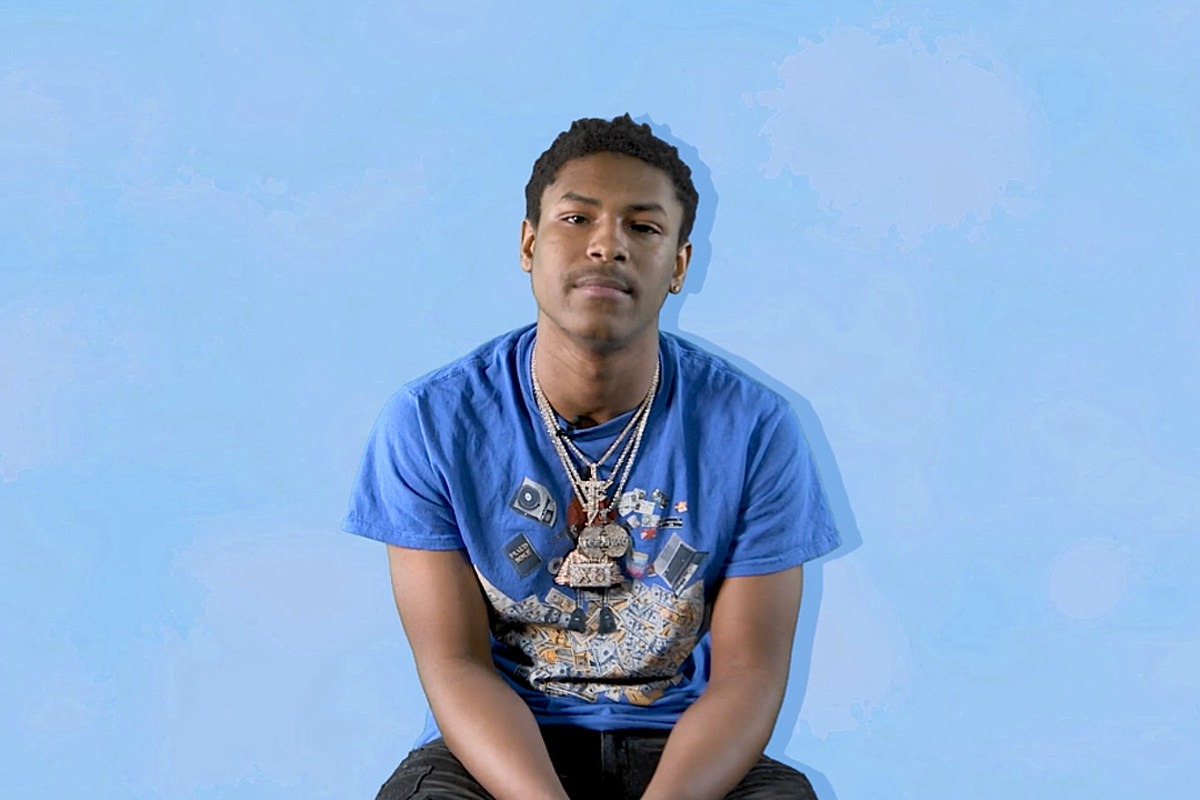 Detroit hip-hop has always had a distinct energy. Whether it's more street-oriented work or songs that aim to make you laugh or have fun, the D has a style all its own. Teejayx6, who's one of the more recent names out of the city, found a lane to popularity with his detailed stories of scamming and credit card fraud. He's also hilarious, rapping about absurd scenarios just as often as he gives the inside track to getting over on people. As it comes to "scam rap," Teejayx6 has become a frontrunner of sorts, one of the first artists that comes to mind in the hip-hop sub-genre. The rising Detroit rapper brought his scammer vibes to the XXL office for the latest episode of our Who Am I? series.

From the start, Teejay explains how he first got into scamming. "First, I used to play basketball, but then that shit got boring," he says, discussing a fairly normal childhood. "Then I went into games. I met somebody on there who was doing the Instagram scamming." A teenage Teejayx6 didn't think that brand of fraud was a big deal, but in two years, he also took part. Little did he know, that online meet-up would open up a rap career in which he could scoop up fans via the ins and outs of scamming.

Continuing with the theme, he named his most recently released project Black Air Force Activity 1. Teejay shares a little insight as to what that entails. "Robbin', stealin', scammin', carjackin', everything you could think of," he explains for the uninitiated. "That's black air force activity. If you listen to my mixtape, you gon' understand; A human black Air Force."

While his music is full of comedy and outrageous scenarios, Teejayx6 has some different music on ice. In response to the biggest misconception about him, the rap newcomer has some thoughts to share. "[People think that] I'm a trash rapper," he discloses. "They haven't heard my serious music. That's the problem." Just because Teejay makes jokes doesn't mean the music doesn't matter to him.

Watch the rest of Teejayx6's interview below to see him choose his funniest lyrics, his insane strategy for scamming while he travels and more below.