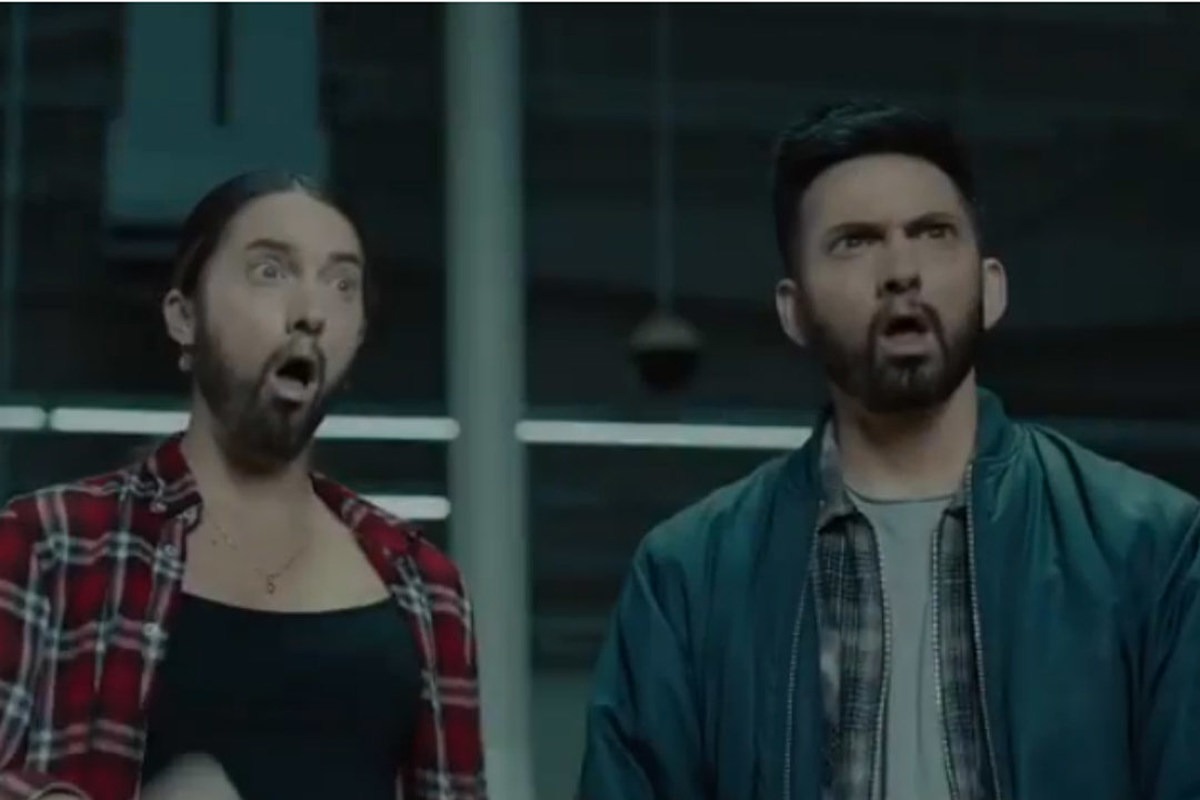 The visual for Eminem's Juice Wrld-assisted single "Godzilla" is here.

On Monday (March 9), Shady teamed up with popular young director Cole Bennett to release the new video, which is dedicated to the late Juice Wrld. They take things to the next level with a wacky video that sees Em playing multiple characters and in several zany situations. Dr. Dre and Mike Tyson make hilarious cameo appearances.

"I can swallow a bottle of alcohol and I'll feel like Godzilla," Em snaps over the track he co-produced with D.A. Doman. "Better hit the deck like the card dealer/My whole squad's in here, walking around the party/A cross between a zombie apocalypse and B-Bobby "The/Brain" Heenan which is probably the/Same reason I wrestle with mania/Shady's in this bitch, I'm posse'd up/Consider it to cross me a costly mistake/If they sleepin' on me, the hoes better get insomnia/ADHD, Hydroxycut."

Juice Wrld does not appear in the video. However, there are homages to the Chicago artist. In one scene, Em stands on a pile of CDs, with many including Juice's Goodbye & Good Riddance and Death Race for Love.

There is also a dedication to the late rapper at the conclusion, which includes stock footage and audio of Juice urging people to endure through tough times.

It looks like fun Em is back. The video has an opposite vibe of the morbid "Darkness" visual Shady put out shortly after the release of his new LP.

"Godzilla" has become a fan-favorite track off Em's latest album, Music to be Murdered By, which the Detroit rap god dropped without warning back in January and dedicated to the late Juice Wrld. A couple weeks ago, Em offically launched the #GodzillaChallenge on Instagram and urged fans to rap as fast as he does on the track, even offering prizes for the best posts. Thousands of fans participated. Some with impressive results. Even some celebrities got involved including Biz Markie and Bizzy Bone.

See 15 Rappers With the Best Gimmicks of All Time