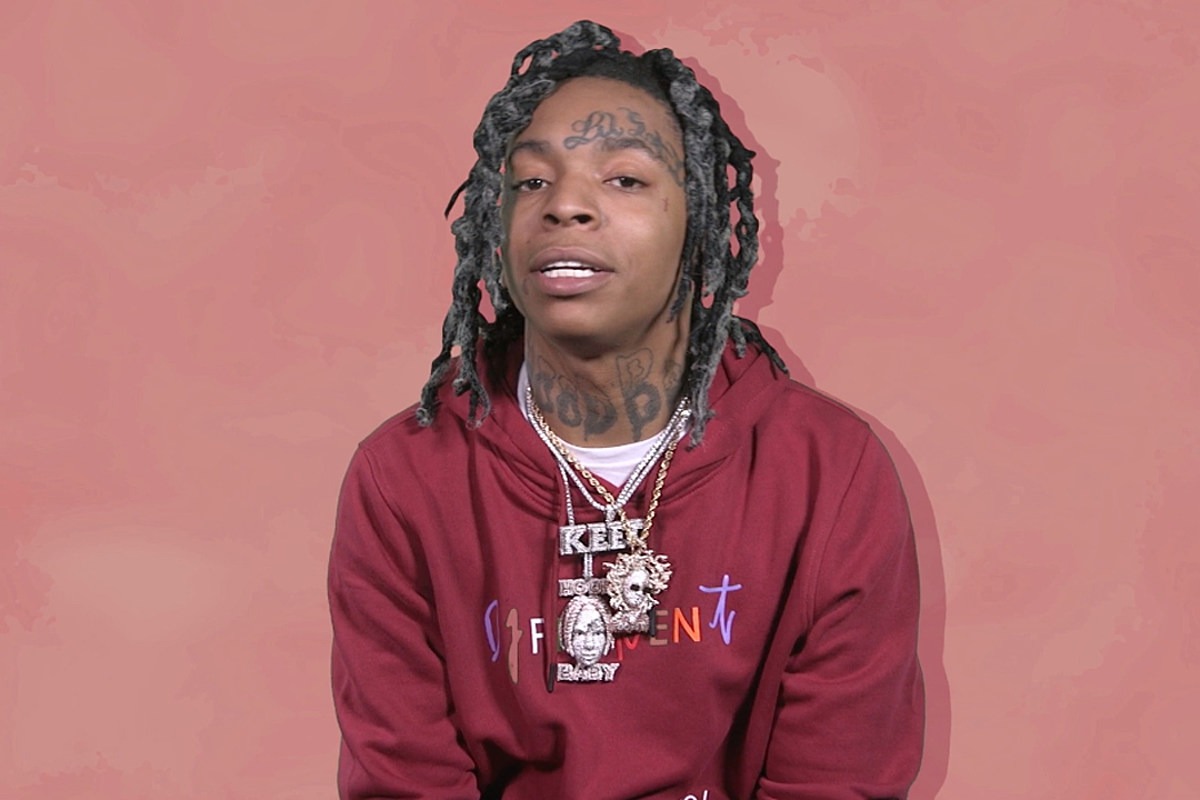 Lil Gotit has spent the last year stepping into the spotlight as a unique solo artist amongst his talented peers. He came out of the gate affiliated with YSL, building a close friendship with Gunna and coming up with his brother, Lil Keed. While keeping pace next to names like those could be a challenge for anyone, Gotit has done his own thing and remained true to himself.

After his 2018 debut project, Hood Baby, and the growth he showed on his follow-up Crazy But It's True, Lil Gotit has both the potential to be the rap game's next rising success story and the formula for a catchy single with his 2019 hit "Da Real HoodBabies." Gotit's appeal lies in his ability to construct solid songs while also enjoying himself; he's serious about rap, but he understands how to have fun. He dropped his new Superstar Creature mixtape in late February, so he stopped by XXL to chop it up for the latest episode of Who Am I?.

Even with the mixtape out, Lil Gotit is already planning for the future. "I got two songs with Future, that I ain't never put out," he shares. "I'ma put one on my Hood Baby 2 album, the other one I'm gon' drop as a big single. It's a big son. I ain't played it for nobody or nothin'." He's saving the secret song for the summer time. Gotit stays ready.

While the rapper's music is definitely gritty and menacing, he shows nothing but love to the fans. "Me and Keed had a lil show in Miami and we had a dance-off," he says with a smile. "I just love having fun with the fans. On stage, I'll prolly just call one up there and we all just be trippin'." If you've watched any of his Instagram Live session, you're already aware that Gotit is never afraid to get loose.

Free time is rare when you're a rapper, but Gotit know what to do with his. "I'm playing GTA Online, all day," he reveals. The Down South rhymer then makes a funny confession: "I'll prolly miss a flight or studio or anything ’cause I'm on GTA." Rappers, they're just like us.

Watch the rest of Lil Gotit's interview below to see what projects he has coming next, who motivates him to keep rapping, his best purchase plus more.