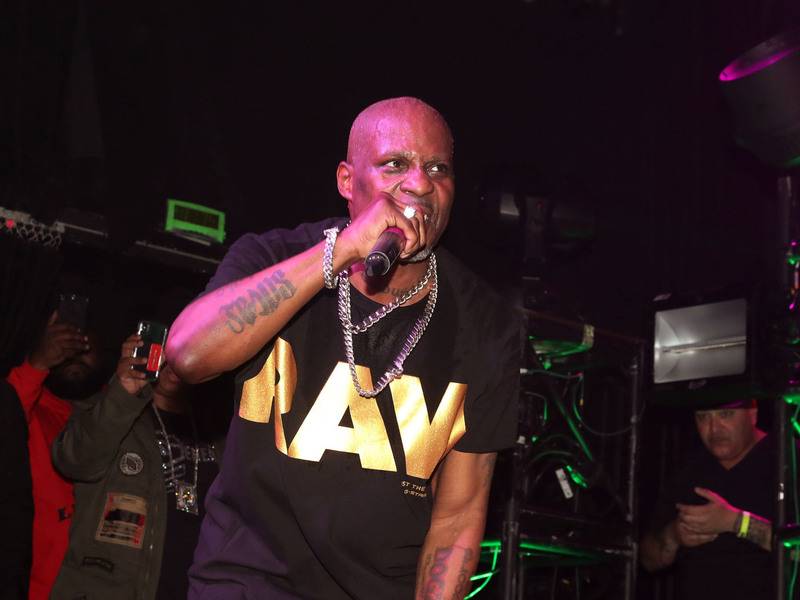 DMX is still gunning for a Verzuz battle with JAY-Z despite talks of a showdown with Eminem. Although N.O.R.E. claims Verzuz mastermind Swizz Beatz is eyeing a matchup between X and Slim Shady, the Ruff Ryders MC made it clear he wants Hov in a clip from a Drink Champs podcast taping.

“Em don’t want it,” DMX told Swizz via phone. “OK, we’ll do it with Em. I’d rather go with my archnemesis [JAY-Z]. He don’t gotta come outside, nigga, it’s in the house! Damn, he’s scared to go into the basement and play some records?”

Swizz insisted Verzuz was more a celebration than a battle, which only made DMX more determined to get Hov involved.

Sent this to hov and he said dmx will never be his nemesis he’s his brother and I respect that salute them both I LOVE HIPHOP!!!

“I think you would need to call him for that,” the Grammy Award-winning producer told his longtime collaborator.

“OK, well make it happen,” X fired back. “Because that would be dope.”

N.O.R.E. Claims Eminem Will Take On DMX In Next ‘Verzuz’ Battle

N.O.R.E. captioned the clip of the conversation by noting he shared the footage with Jay, who stressed he’s not DMX’s archnemesis.

“Sent this to hov and he said dmx will never be his nemesis he’s his brother and I respect that salute them both I LOVE HIPHOP!!!” N.O.R.E wrote.

Whether DMX faces off with Hov, Eminem or someone else completely remains to be seen, but he’s not the only one interested in battling Jigga. Snoop Dogg has also thrown his hat into the ring for a potential Instagram Live clash with the Roc Nation boss.

Even with some potential challengers, Swizz and his Verzuz co-founder Timbaland are stuck with the difficult task of convincing Jay to step into the arena. Despite their relationships with him, such conversations would likely be an uphill battle.