The OVO Sound founder, who delivered the Dark Lane Demo Tapes project on Friday (May 1), opened up about a variety of topics such as fatherhood, new music and the time he was on Weezy’s tour bus with late NBA superstar Kobe Bryant. The anecdote was sparked by the Dark Lane song “From Florida With Love,” which touches on that unforgettable evening.

“On the song, ‘From Florida With Love,’ you reminded me about the time I played ‘Lollipop’ on the tour bus for you and the late great Kobe Bryant, man,” Wayne tells Drake. “That was a moment, man. That right there, man.”

Drake replied “It was crazy, man. I think you were getting an angel wing tattoo on your side that day,” to which Wayne said, “Always doing something wild.”

The “In My Feelings” mastermind continued, “You were getting this crazy angel wing tattoo and it just looked so painful. And me, at the time, I had no tattoos, so I was just like, ah man, that just looks like brutal and you’re just laying there just and it was hours we were talking. It was early.

“We were talking and next thing I knew, I just couldn’t believe it, I’m already just floored that I’m sitting here talking to Lil Wayne as he’s bleeding out, getting this angel wing on his side. And then next thing I know Kobe Bryant walks on the bus and you were like, ‘Yo.’ And he came to pick up an iPod because at the time, that’s how we gave the actors music was on iPod.”

From there, Wayne proceeded to play his 2008 album Tha Carter III, which featured “Lollipop,” and evidently blew Drake’s mind.

“You ran the album and you played more than one song for sure, but of course, you played ‘Lollipop’ and at that point, I was most in awe of the album because I knew it was about to happen,” Drake added. “I just knew. That was my first-time hearing … I knew exactly where the whole world was about to be focused for the next however many years. 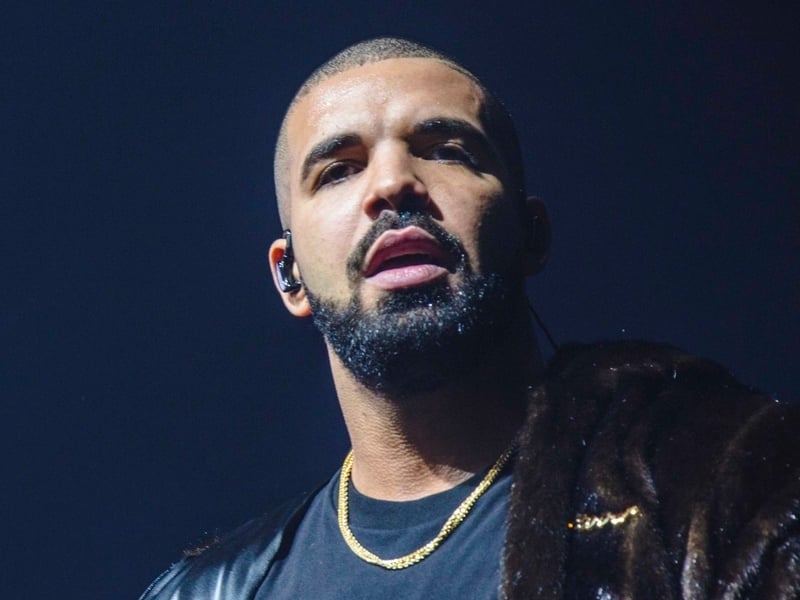 “But just to be in that moment with you and him and … it was out of body, man. And when I think back to it, it was something I just wanted to write about, especially now. Obviously, in the second verse I say it hurts me that we’ll all never get to reminisce about that moment. But yeah, rest in peace to Kobe and Gigi of course. What a moment that you gave me that day. That was crazy, man. For real.”

In terms of new Wayne and Drake music, it sounded like another collaboration is on the horizon — as long as it’s perfect. “I’m ready anytime,” Drake said.

“And then on top of that, it’s like we have this thing where it’s like, well, if I’m a send you a joint and I’m going to go first, first of all, I already know, it’s like, all right, I know this man’s about to go crazy on me.”

Listen to the full conversation here.