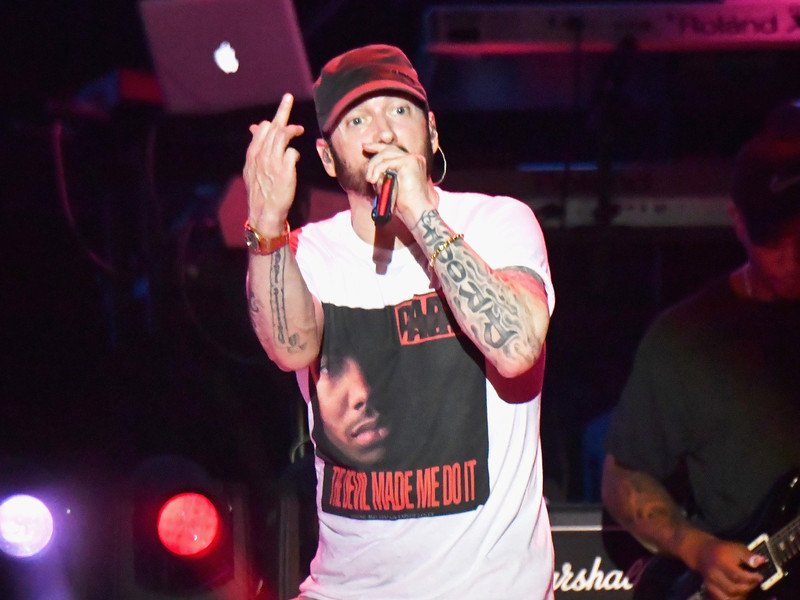 Macomb County, MI – The man arrested for breaking into Eminem’s Michigan home in early April has reportedly been hunting him down for months. According to TMZ, 26-year-old Michael David Hughes was popped last June for trespassing on two properties as he looked for Slim Shady — one had been previously owned by the diamond-selling MC.

Hughes allegedly approached a home in Rochester Hills, Michigan around 2 a.m. local time and threw a rock through a window, waking up the homeowner. Although Hughes was gone by the time police arrived at the scene, the homeowner said he returned and told him he was “looking for my brother Marshall [Mathers].”

By the time authorities got back, Hughes had moved on to another property in nearby Oakland Township, which had been owned by Eminem at one point. Around 4:30 a.m. local time, he apparently bypassed security and a gated entrance as he searched for the illustrious rapper. Police say he rang the doorbell and wanted to know where Shady was.

As noted in the police report, the homeowner informed Hughes Em no longer lived there and ordered him to leave. Although Hughes appeared to comply, cops later found him hiding under a bed on the second floor of the property’s gatehouse.

Hughes was arrested for breaking and entering and police soon realized he was the same man who broke the window in Rochester Hills, so he was also charged with malicious destruction of property.

Eminem Forced To Confront Home Intruder As His Security Slept

Consequently, Hughes was sentenced to 90 days in jail and instructed to pay roughly $1,400 in fines, however he failed to cough up the dough and an arrest warrant was issued.

As for the most recent arrest, this time he got scarily close to Em. Hughes reportedly managed to make it all the way into the living room before Shady woke up and was forced to confront him. He called for security and was ultimately taken into custody.

Hughes is currently in the Macomb County Jail, booked on felony charges of first-degree home invasion and malicious destruction of a building.

Besides dealing with intruders, Em has been busy helping out his community amidst the COVI-19 pandemic. The rapper recently donated “Mom’s Spaghetti” to local Detroit healthcare workers and premiered a special 3-hour quarantine playlist on Shade 45.