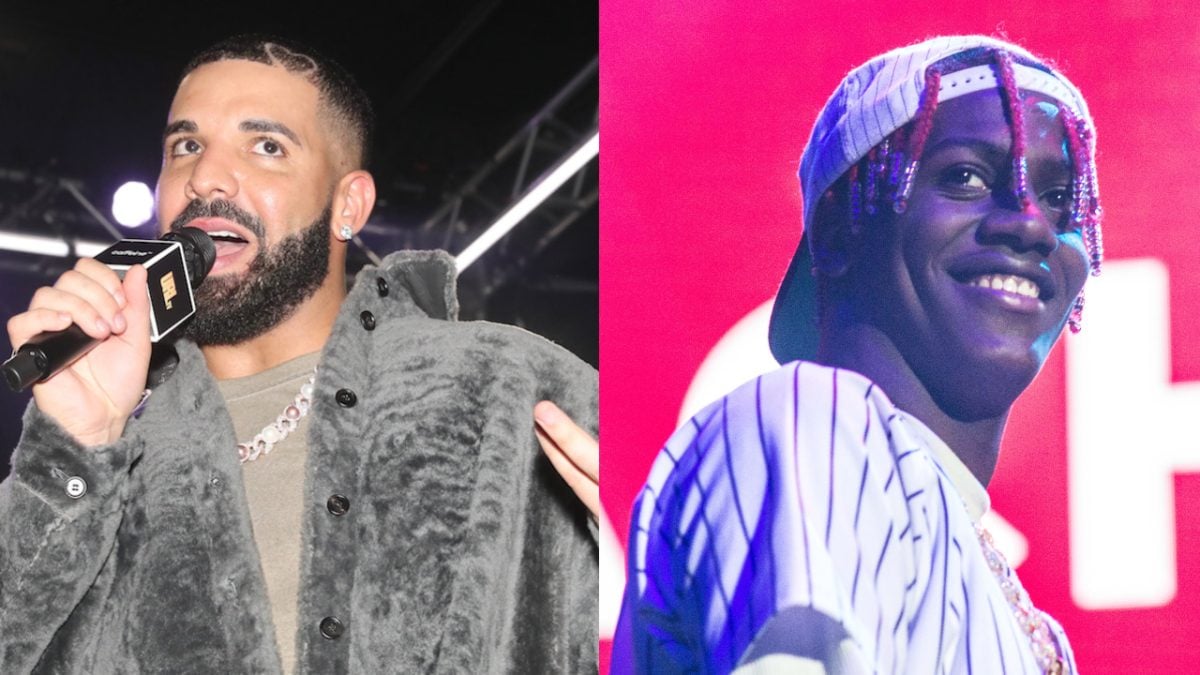 Drake has shown some love to his close friend Lil Yachty, who had a heavy hand in crafting his new album Her Loss with 21 Savage.

Her Loss dropped on Friday (November 4), and while fans and critics alike spent the day picking through Drake’s subliminal disses at Megan Thee Stallion, Kanye West, DRAM and Serena Williams’s husband, Drizzy took some time to praise Yachty for all of his contributions to the project, which included its unique cover art.

“WHERE WOULD I BE WITHOUT OUR FRIENDSHIP @lilyachty I LOVE YA KID THANK YOU FOR YOUR TIME YOUR INCREDIBLE TALENT AND YOUR ADLIB GAME,” Drake wrote on Instagram Stories.

[email protected] shows love to @lilyachty: "Where would I be without our friendship" 🤝 https://t.co/FoC4kxW3kg pic.twitter.com/ArVRXckKjH

Aside from choosing the cover art, Yachty not only produced a bunch of the 16 tracks, including “Jumbotron Shit Poppin” and “Pussy & Millions,” but he also performed memorable ad-libs throughout “BackOutsideBoyz.”

“I chose this cover because this photo is so raw. So authentic. Not fabricated. Suki can and will only be Suki,” Yachty said of the striking portrait of Qui Yasuka for the Her Loss cover.

Yachty and Drizzy have linked up several times before. The pair have been spotted hanging out numerous times, and musically joined forces for Yachty’s 2021 hit “Oprah’s Bank Account.” The pair are so close Yachty celebrated his 25th birthday with Drake, and got a new OVO tattoo and free flight aboard Air Drake – the 6 God’s private jet.

Lil Yachty also previously spoke to Variety about what it’s like to collaborate and be friends with Drake after he was a fan growing up.

“He’s one of my favorite artists since fifth grade. Now he calls me sometimes,” Yachty said. “It’s really cool. I mean, he’s the biggest artist in the world so he has to really want to do it I can’t speak for anybody else but for me, it means everything to have a Drake feature. I’m so thankful and appreciative.”

As previously mentioned, Drake and 21 Savage’s Her Loss project has been making numerous headlines since it dropped on Friday (November 4). DRAM was particularly upset when he heard Drizzy’s dig at him on the Yachty-assisted “BackOutsideBoyz.”

On the track, Drake raps: “Tried to bring the drama to me, he ain’t know how we cha-cha slide (Yeah),” seemingly in reference to when DRAM caught a beat down from Drake’s security in 2015.

“Aye somebody tell Drake to shut the fuck up about that shit, man,” DRAM said in a video. “Fucking five years ago. This n-gga never touched me n-gga. I pressed his ass. His fucking bodyguards, God damn, I ain’t gonna hold you, his bodyguards went to town on the kid, but his bodyguards did it, not his bitch ass. He ain’t touch me. He’s a bitch, you know that.”

He continued: “Why I gotta get into all of that? When I see him, I’ma see him. I’m saying what’s good with the one-on-one though, my baby? What’s up my n-gga? But he don’t wanna do that. You want to have your guards. That’s cool though. He ain’t touch me, though and that shit from five years ago, come on, n-gga. Why are you bringing that up? Why don’t you talk about how you got smacked by Diddy?”