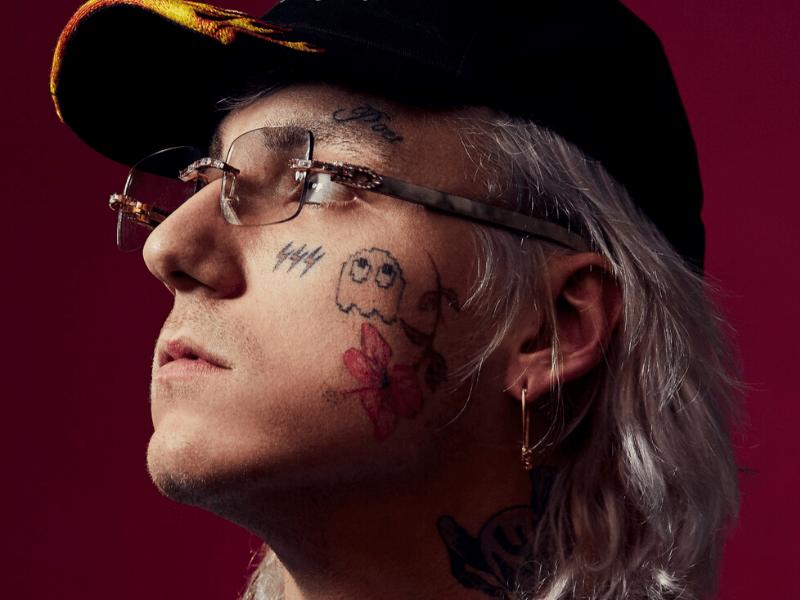 Broward County, Florida has produced some of the most promising young talents in the “soundcloud era” of Hip Hop. From Kodak Black to Ski Mask The Slump God, and most recently, YNW Melly, there appears to be something in the water in Broward. While Ghostluvme hails from the same place, his sound is nothing like the aforementioned rappers. Sonically, Ghost pulls from the punk-rock era but mixes the autotuned melodies of a modern Top 40 song. He began to develop his musical abilities at just 10 years old, learning to play guitar, bass, drums and piano, before shifting his focus to songwriting.

While Ghostluvme focuses on crafting his sound melodically, he has some heavy hitters working on the production side. His debut album Fear of Luving in Las Vegas is set to release in 2020 and features production credits from Scott Storch, Zaytoven, Ronny J, Paqboygrazi, Statik Selekta and more. With backing from names like that, it seems hard to imagine this album being a miss.

Most recently, Ghostluvme dropped the music video for his single “Vampira” in anticipation of the album’s release. The single was produced by Ronny J & BRYVN, who provided the backdrop for Ghost’s moody and distorted vocals. Lyrically, Ghostluvme takes shots at his current love interest’s ex, letting her know that her old man was simply slowing her down.

The “Vampira” music video includes an eerie looking house, real life snakes and was shot by LOUIEKNOWS, who has also worked on notable music videos for Teejayx6 and Famous Dex. Get to know Ghostluvme by listening to his music below, look out for his upcoming project and check out the video above.