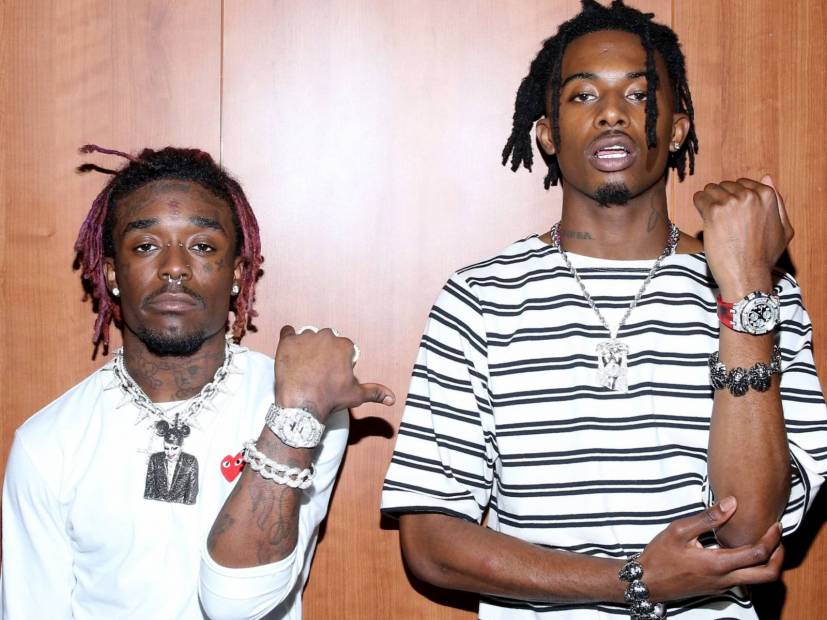 Lil Uzi Vert evidently loves to give Playboi Carti a tough time. Last month, Lil Uzi vowed he would drop a piece of music as soon as a mysterious “HE” dropped. And now, Twitter thinks the elusive “HE” is, in fact, Carti.

Shortly after Playboi released his new single and video “Meh,” Uzi immediately hopped on Twitter to seemingly diss the track, writing, “Just Meh” above Carti’s single art. Minutes later, Uzi told Playboi, “so u dropping Monday Bet it,” making his fans believe his target has been Carti all along.

@playboicarti so u dropping Monday Bet it ☺️

The relationship between Playboi and Lil Uzi has been a confusing one. In October 2017, Lil Uzi backed out of the 16*29 tour with Carti but in February 2019, they dropped a video for their “LEFT RIGHT” collaboration. Then late last year, Lil Uzi insisted they were no longer on good terms only to claim they were cool several months later.

It appears there’s now some sort of unspoken rivalry — at least on Lil Uzi’s side. But as soon as someone on Twitter said they’re “beefing,” Lil Uzi quickly shot that down. However, plenty of people on Twitter beg to differ.

Uzi and Carti in the bathroom while they fake beef on twitter to promote album sales pic.twitter.com/eJoFf1tUMh

If this a beef this gon split American into 2💀