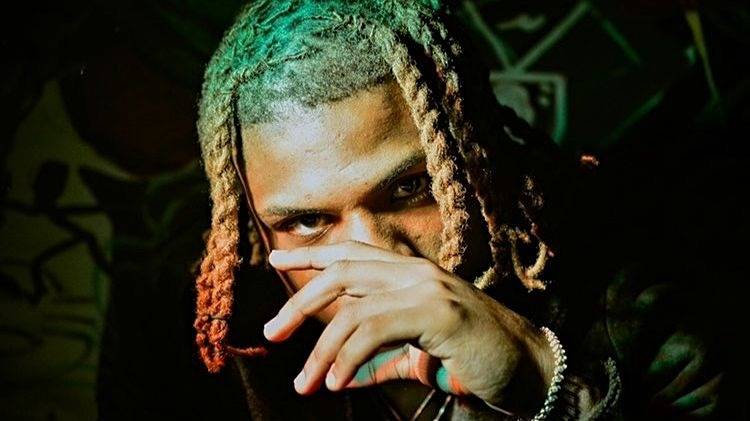 Like Griselda members Benny The Butcher, Westside Gunn and Conway The Machine, Buffalo, New York native Kane Wave wants to keep his city on the map. As he propels to the forefront of Buffalo’s Hip-Hop scene, Kane focuses on capturing the eccentric nature of the Queen City in his music.

Known for his high energy performances — which he describes as Sid Vicious on a mic — and unique integration of rap and R&B, Kane’s provocative personality and efforts as a songwriter has catapulted him into local stardom. But he has his eyes set on international recognition.

“Moving forward, I plan on being the pioneer of my sound to the world and for the city,” he tells HipHopDX. “I’m trying to be global, but it’s a big world out here.”

BLUE MOON DELUXE OFFICIAL COVER ART OCTOBER 31st EVERYBODY AINT SPOOKY…. – by @khalil_senpai S/o to my brother @whereisscottsummers_ he produced the whole entire side A of the project big ups to my brothers @midnightbyrd @prodbymvrro @whobutog @iamtoneyboi #buffalokids

After releasing the recent full-length project Loverboi, Kane is prepping a deluxe edition of his newest album One Of A Kind called Blue Moon, which he plans to unleash on Saturday (October 31).

“I feel like this project goes back to my roots, specifically on the production side,” he says. “This some really spooky shit I’m doing with a real feel of cold Buffalo. My connection with Griselda is pretty dope. I grew up on East Ferry and Northumberland, which is perpendicular to Montana Avenue where Benny grew up.

“As a kid, I used to see Benny all the time on Montana and around the neighborhood. He used to hustle on the same corner as some of my family members. It’s dope as hell to see him as the best rapper in the world when we came from the same place, a place where there really ain’t no hope. The inspiration is immense.”