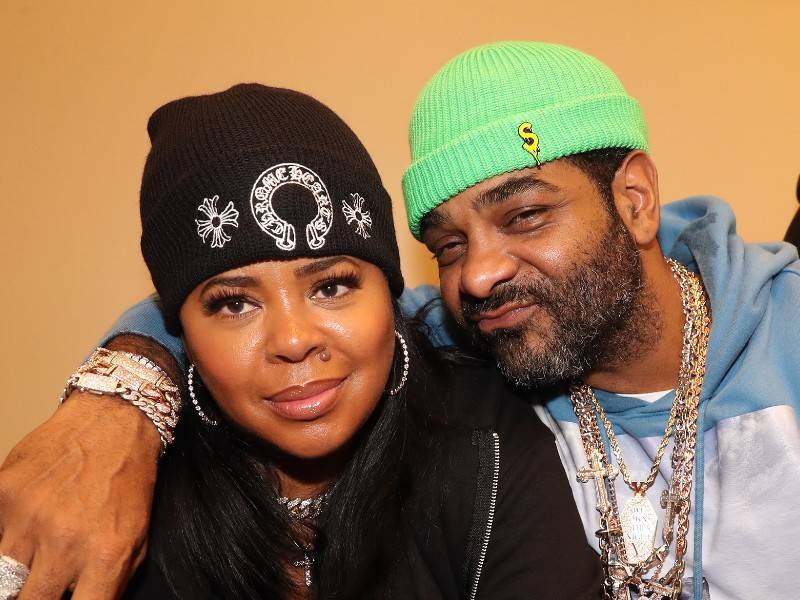 Even Chrissy Lampkin had to laugh at a meme poking fun at her and longtime boyfriend Jim Jones’ delay to walk down the aisle.

The meme joked the COVID-19 lockdown will be in effect until Jones finally marries her. After it went viral earlier this week, Lampkin shared it to her page on Tuesday (May 12). With laughing emojis in the caption, the Love & Hip Hop star playfully got in on the joke too.

Jones and Lampkin started dating in 2004 and kicked off the inaugural season of Love & Hip Hop together in 2011, which included Lampkin proposing to the Dipset rapper. Though he later returned with a ring of his own, the pair have yet to tie the knot.

In 2019, Chrissy told Essence marriage was no longer something the Jones’ were exploring.

“To be honest with you, it’s not a priority anymore,” she said. “Our relationship is in a good place. I thought that [marriage] was the natural progression, but it’s not for everybody. So, we’re good right now.”

The pair most recently starred in Season 10 of Love & Hip Hop: New York, returning to the cast for the first time since departing after Season 2.