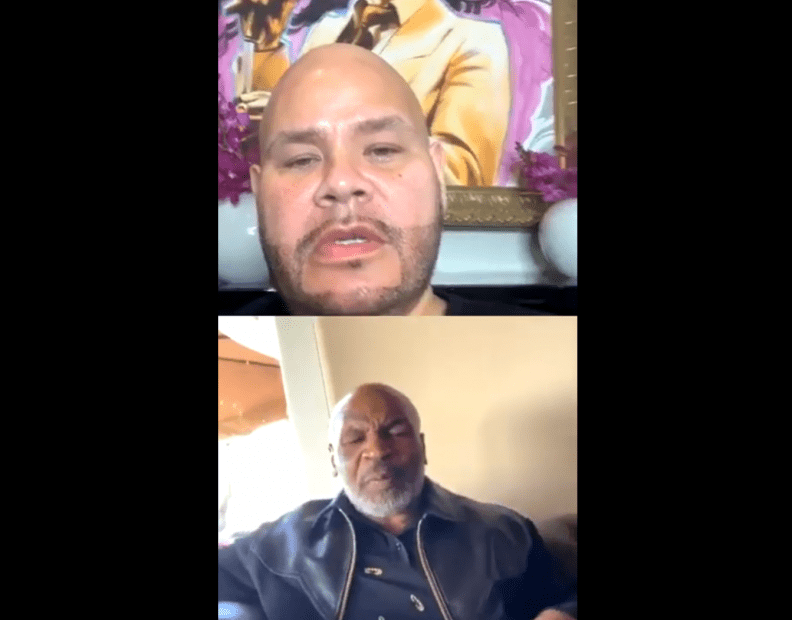 The ‘Gram – Mike Tyson will also be connected to Tupac Shakur within the Hip Hop community.

Not only because they were close friends and the late rap legend walked alongside Tyson following his victorious comeback fight against Bruce Seldon in Las Vegas on September 7, 1996, but because he was shot soon afterward and died six days later.

During a conversation between Iron Mike and Fat Joe on Instagram Live Sunday (March 28), both men reminisced about their personal moments with Shakur.

At the six-minute mark of the video chat above, the discussion inevitably gravitated towards the night that Tupac died. The Bronx-bred MC asked for his opinion about the still-unsolved murder case.

“I never said this, but all that stuff was planned in advance,” Tyson said.

When Joe asked the Brooklyn boxing legend to clarify his thoughts about the possible premeditated murder plot, Tyson further explained himself.

“No, not that, but I believe that the fight was the opportunity for it to happen,” Mike said.

As Joe looked perplexed by Tyson’s answer, Joe posed the question once more and Tyson doubled down on his statement.

“Tupac was just a force. He was just an uncontrolled force and that was the problem, you know? He was powerful and no one can control him.”

Good memories with @2pac Can you guess the year…

Prior to that part of their Q&A, Tyson also claimed that Tupac visited him when he was in jail after being convicted of sexual assault in 1992. He also said that Tupac never dealt with any drama whenever they hung out together.

Joe recalled when he first met Shakur during a rhyme cypher with Wu-Tang Clan in Atlanta during the early 90s and said he always found Shakur engaged in some beef whenever he personally saw the All Eyes On Me lyricist.

You can see the full 46-minute conversation between Fat Joe and Tyson in the clip above.