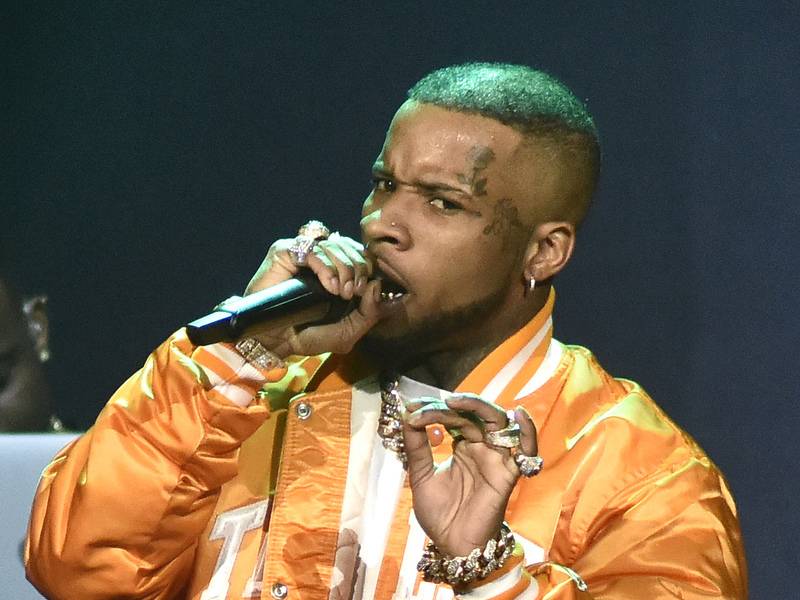 According to a new report TMZ published on Monday (May 4), Celina Powell is claiming that she was beat up by Joe Budden’s ex, Kaylin Garcia, in defense of the New Toronto 3 singer. Powell says this all went down on Friday (May 1), when she finally ran into Lanez in person after previously only beefing with him online.

Powell told TMZ that she and Lanez have lived in the same downtown Miami high-rise for some time, but had not yet crossed paths until Friday. The initial cause of the beef remains unclear, but it’s likely tied to Powell’s frequent social media posts exposing celebrities after she sleeps with them (or sometimes just pretends to).

Powell told cops she was outside Lanez’s Miami condo when he approached her in an attempt to take her phone. She says that she denied him and tried to walk away, before she was allegedly blindsided by Garcia. Powell then says she blacked out before waking up to bad bruises and pain in her back and her neck. She reportedly refused medical care at the time, but told TMZ that she was later treated at the hospital.

The report states there is footage of Garcia then leaving the scene with Lanez and his bodyguard in Lanez’s white Bentley, but not of the incident. As for Lanez, a source close to him reportedly told TMZ that it was Powell who had approached him first solely to harass him.

No arrests have yet been made.