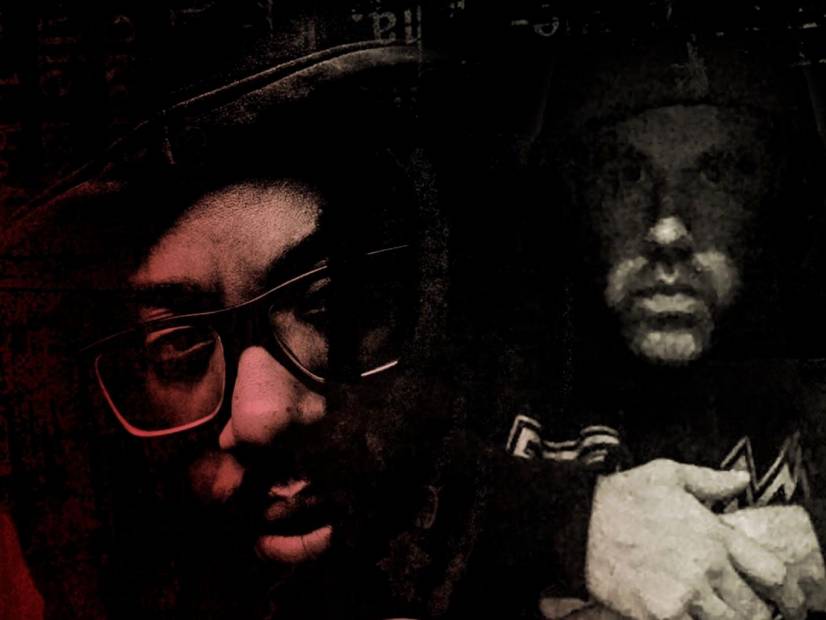 The two Hip Hop artists met through Instagram only recently, but Stu has been a fan of Lif’s for over a decade.

“I’ve known of Lif since I moved to Boston in 2004,” Stu tells HipHopDX. “I sort of interned at Traffic, which is the distribution company for Brick Records. They put out a lot of 12-inch records. I would take them in the warehouse and put them in the cases for the 12-inch singles and send them out. They would let me take whatever I wanted as my payment. I had Technics, but I wasn’t making beats yet. I had a lot of Lif’s stuff and I was like, ‘Oh, this guy’s nasty.’”

Lif adds, “It was actually a beat — another one of your classics basically. As you’re known to do, you basically asked your fans, ‘Who do you hear on this?’ And one cat said my name, and I guess he tagged me in it or used my handle.”

From there, it was on. Stu asked Lif to contribute some lyrics to another EP he was working on it and he delivered “a really nasty verse,” as Stu puts it.

Their instant musical chemistry was undeniable and they decided to see where it could go. The name Vangarde is actually inspired by Gang Starr and something Lif had been toying with for years.

“It definitely emanated from my reverence for Gang Starr, the void in my life from Guru leaving us and just missing that,” Lif explains. “This is not to disrespect any other producer and MC combination because I can honestly say I’m not the most privy to what everyone else is doing right now, but I just wanted to, in my own way, be some sort of iteration of that and pay homage through just trying to make classic records.”

But there was one glaring problem — Lif didn’t have the producer.

“For a couple of years, I’ve been thinking like, ‘OK, it needs to be someone who’s just consistently dope, someone who’s really prolific,’” he explains. “As an MC, I’ve been linked up with producers every now and then that just they don’t produce that much. They’ll throw you a beat here, throw you a beat there, but you might wait a whole year before you have even an EPs worth of material.”

That’s where fate took over and put Stu in his path. With credits such as Czarface, Vinnie Paz, Apathy and the late Sean Price, the hardworking beatsmith had already proven his pedigree. Lif saw it almost immediately.

“When I started building with Stu, it was like, ‘Wait a minute, everything that he’s sending me is barbaric,’” he says. “He’s sending me stuff like every day. We kept building and I think I might have even put pen to paper on a couple more songs. The whole time I was analyzing and it was in the midst of making this EP that we made together that I was like, ‘Yeah, we’re Vangarde.’ That’s respect to Stu’s skills and work ethic.”

There’s a sense Lif is relieved to have finally found his counterpart. His career has taken on many iterations over the years and he’s struggled with creating music he feels completes his legacy. He believes Vangarde is the vehicle to do it.

“As they say, with age comes wisdom, right?” Lif says. “I was lucky enough in my younger days to be involved in some amazing movements, specifically the rise of the Boston independent Hip Hop scene. I was able to go from that to a career with Def Jux with El-P, Aesop Rock and RJD2 and all of them and travel the world with those cats.

“Then time progressed and I got into that crazy tour bus wreck in 2006, emerged from that kind of in a fog and really wasn’t able to have a firm view of what I really wanted to do. It was kind of weird, but luckily Thievery Corporation swooped in and gave me some direction. We started making records together, and I started touring with them.”

Lif continues, “But when I look back now, and I look at my debut album I Phantom, it’s aging. It’s of a different era now and I just want to —  and this is really my vision for Vangarde — be able to leave behind a mark that really is indelible in the culture, the way that Public Enemy left behind for us, the way Gang Starr left behind for us, so many of our predecessors.

“I’m not satisfied with what I’ve accomplished so far. I still feel like the best is yet to come, and I know that I got the teammate I can accomplish that with.”

The Vangarde EP is expected to arrive sometime this year.

In the meantime, check out “Basquiat” up top and “The New Normal” above.