If there was a competition for Throwback Thursday, N.O.R.E. won by a landslide this week.

The Drink Champs host shared a rare photo featuring himself and the late Big Pun for TBT, with Pun dressed in a silk shirt and top hat as Noreaga puffs on a cigar. In his caption, he spoke directly to the legendary Bronx MC.

The pair were close before Pun’s passing in 2000, with both having appeared on each other’s respective debut albums. In the summer of ’98, Pun appeared on N.O.R.E.’s self-titled album alongside Nature, Cam’ron, Jadakiss and Styles P on “Banned From TV,” while N.O.R.E. appeared on “You Came Up” off Pun’s classic debut Capital Punishment.

Back in May, N.O.R.E. shared a more recent photo of himself and DMX and told fans a Verzuz battle between X and fellow legend Eminem had been confirmed.

“This moment is so Legend !!!” Norega captioned a post of himself playing Jenga with X. “3 minutes before this @therealswizzz CALLS X and says Eminem is down for that smoke and X SAY HE CAN GET BUT I STILL WANT JAY HAHA SO CLASSIC BEHIND THE SCENES SHIT SORRY IF I WASNT POST TO SAY NOTHING but I had to DMX VS SLIM SHADY??? What y’all think??? I’m riding wit the DOG!!!”

Things initially seemed like they could be a go, with X even responding and confirming he was in. 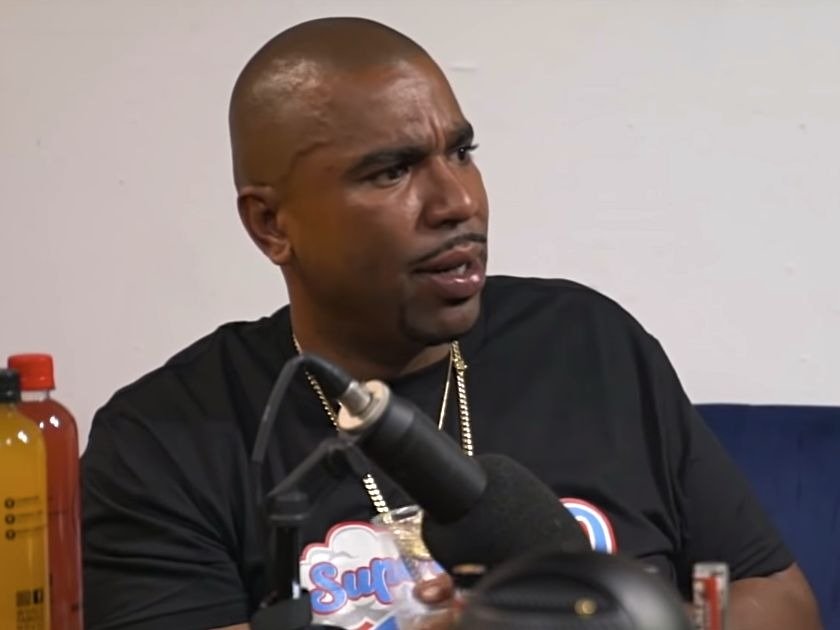 “Em don’t want it,” X told Swizz on the phone in a video shared to Instagram. “OK, we’ll do it with Em. I’d rather go with my archnemesis [JAY-Z]. He don’t gotta come outside, nigga, it’s in the house! Damn, he’s scared to go into the basement and play some records?”

However over two months later, no such battle has yet materialized.