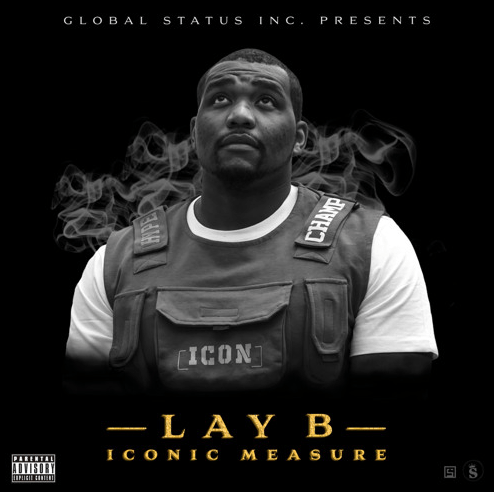 The  New Jersey-born rapper Lay B recently announced the release of his debut single with a music video titled  “Rags 2 Riches”  followed up by another single release “Grime.” Now, the two hits are followed up by a whole new EP featuring a tracklist of 3 raw songs titled Iconic Measure.
The  Global Status Inc. signee deriving his inspiration from his father who was a rapper himself and from great artists such as Tupac, Biggie Smallz,  Eminem, Nas, and 50 Cent, the young rapper is already crafting his singular signature sound that is perfectly shown on the EP.
Returning with arguably more head-nodding bangers than before, Lay B throws caution to the wind with explicit lyrics and upper-class rapping.
Iconic Measure including tracks “Made Me,” “Amnesia” and “You Don’t Love Me” is both heart-breaking and empowering with lyrics like “I was there to hold you down I guess you had got nervous / Hopped up off the plane before it landed now you worthless.”

You will see that the strength of his music is the rawness and emotion that pours through his songs by streaming the great EP on Spotify.