Post Malone can no longer be seen on the Billboard Hot 100 chart for the first time in over three years. As Chart Data points out, the renowned hitmaker doesn’t have a single song on the Hot 100 as of the November 14-dated chart, marking the end of his historic run that began in January 2017.

While Post’s chart dominance is undeniably impressive, Drake previously beat the feat by spending eight straight years on the Hot 100 between 2009 and 2017. The reign saw Drizzy on the chart for a total of 430 consecutive weeks.

For the first time since January 2017, @PostMalone is not charting on the Hot 100.

Despite falling off the Hot 100, Posty is celebrating a big milestone this week. “Sunflower” has officially sold over 10,000,000 units and been certified diamond by the Recording Industry Association of America (RIAA). His manager Dre London announced the news on Monday (November 9).

“I’m so proud of you @postmalone on your 3rd diamond Platinum Plaque!” he wrote on Instagram. “We’ve come so far staying on the right train in our lane keeping focus like a camera lens! Set your goals high & don’t stop till you get there! The path from dreams to success really exists! #DreVision congrats @swaelee.”

I’m so proud of you @postmalone on your 3rd diamond?Platinum Plaque! We’ve come so far staying on the right train?in our lane keeping focus like a camera lens! Set your goals high & don’t stop till you get there! The path from dreams to success really exists! #DreVision ?congrats @swaelee?

In a July interview with The Wall Street Journal, Post revealed he was recording his new album and noted the impact the COVID-19 pandemic has made on his music.

“I’m working on an album now,” he said. “There’s so much to say in these times that will give people hope and hopefully uplift people’s spirits. Because it’s a dark time in America. In the darkest of times, I’m just trying to make something beautiful out of it.” 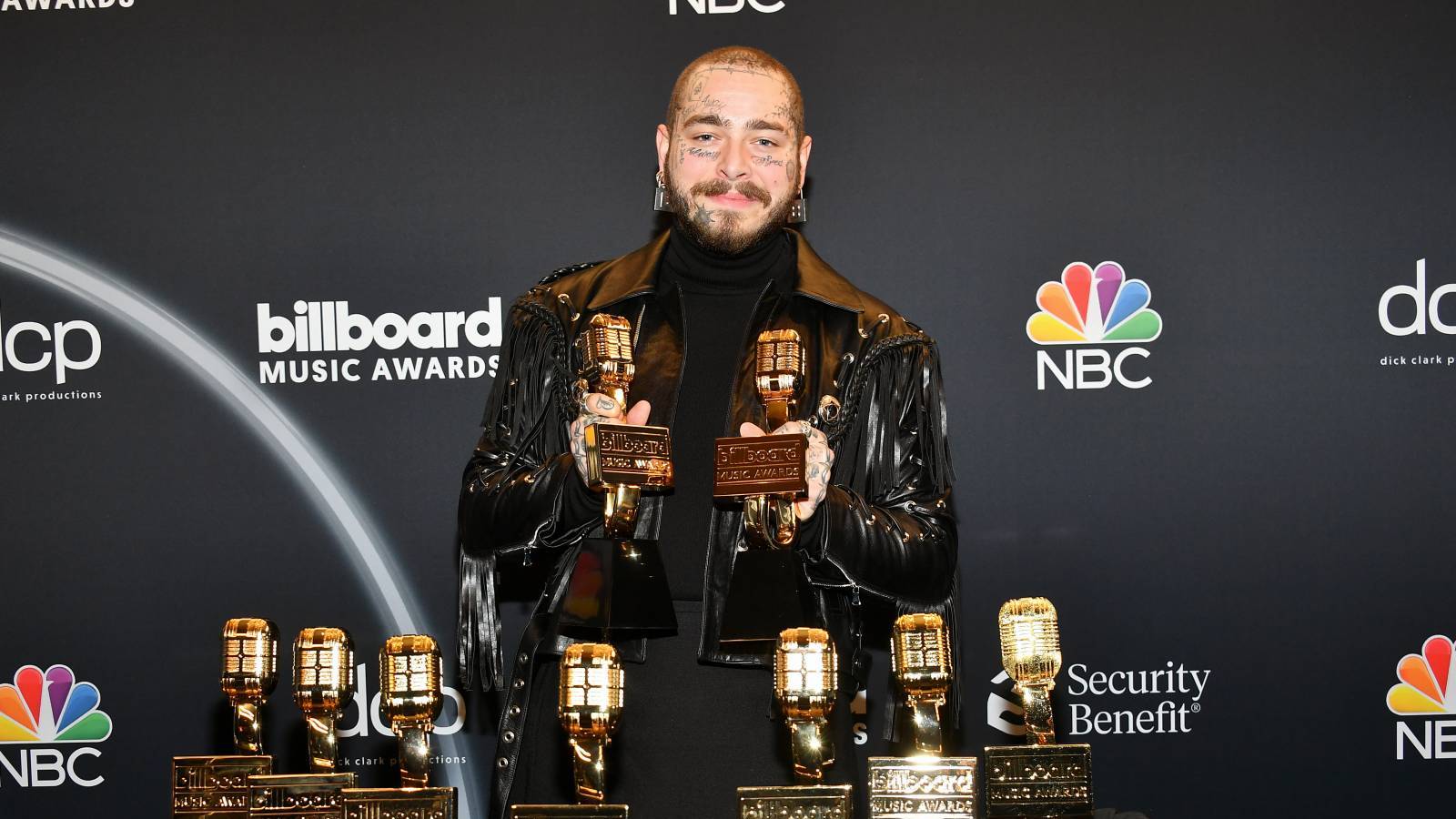 He continued, “To be honest, I think everyone in America is going a little bit crazy sitting at home all day. So I’ve gone a little bit crazy, and I wanted to take more steps outside of my comfort range and make music that I think — to me — is some of the best I’ve made.”

Details about the album have remained quiet so far, but Quavo hinted at being in the studio with Post in September. The Migos rapper posted a photo of a Bud Light can to his Instagram Stories with the caption, “U kno who I’m wit.”