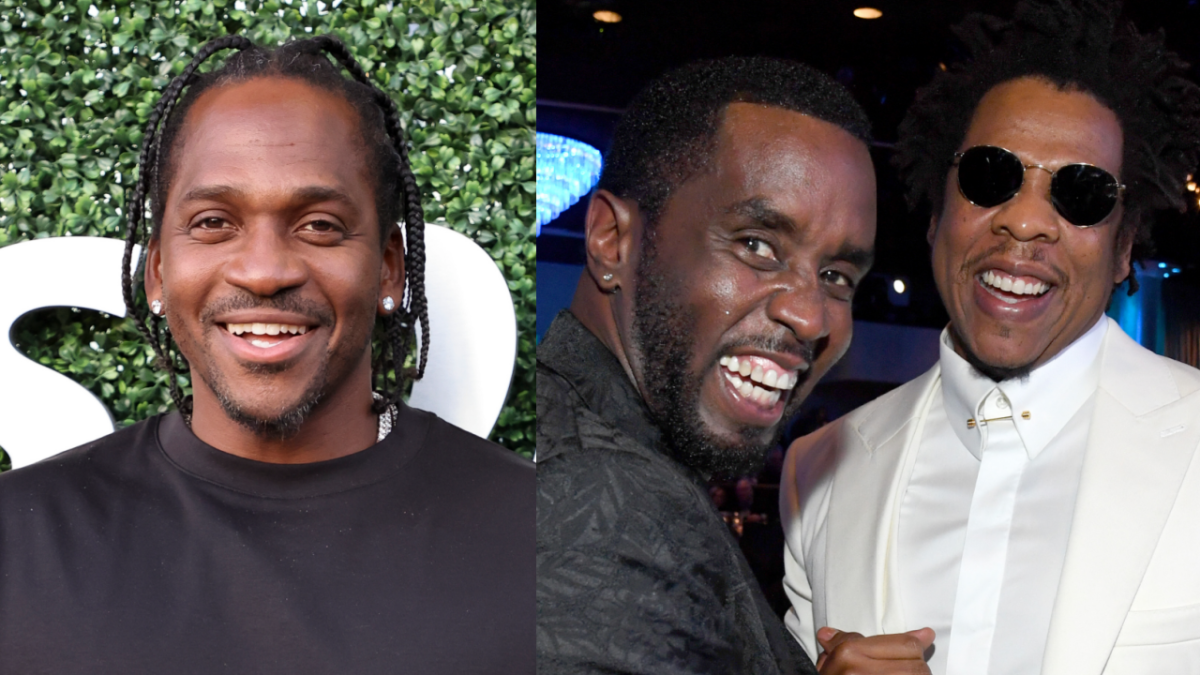 Pusha T has celebrated his latest Grammy nomination in the only way he knows how: by saluting those who came before him.

The Virginia Beach native was among those recognized by the Recording Academy on Tuesday (November 15) when his It’s Almost Dry LP was nominated for Best Rap Album at the 2023 Grammy Awards.

King Push took to Instagram shortly after the nominees were announced to toast to his Grammys nod, while paying respect to some of his musical peers and predecessors who have also been nominated for (and in some cases won) awards in the past without having to sell out.

“To be Grammy nominated hits a little different when you are unapologetically you,” he wrote in his caption next to photos of Diddy, JAY-Z, Ol’ Dirty Bastard, Clipse, Three 6 Mafia, Fat Joe, Big Pun and The-Dream shining at various awards shows over the years.

“We don’t beg anyone. We walk and talk the same regardless of the company or room we are walking in… Some of the people in this post are Grammy winners, some not. The one thing we all have in common is that we are the realest version of ourselves and we made you love it.”

He added: “Thank you @recordingacademy voters for this nomination… #ITSALMOSTDRY RAP ALBUM OF THE YEAR… #UNAPOLOGETICALLYME.”

Although Pusha T was keen to share the spotlight, the G.O.O.D. Music President still received plenty of love for his Grammy nomination, with the likes of Lloyd Banks, The Game, Juicy J, Alicia Keys and CyHi The Prynce congratulating him in the comments section of his post.

The winner will be announced during the 65th Annual Grammy Awards ceremony at Los Angeles’ Crypto.com Arena on February 5, 2023.

Produced entirely by Kanye West and Pharrell, the self-proclaimed Rap Album of the Year debuted at No. 1 on the Billboard 200 with 55,000 first-week units in April, marking Push’s first time atop the chart in his 20-plus-year career.

Pusha T is no stranger to the Grammys having previously been nominated four times as both a solo artist and one-half of the Clipse. The Virginia duo’s “Like I Love You” collaboration with Justin Timberlake was nominated for Best Rap/Sung Collaboration in 2003, while the G.O.O.D. Music posse cut “Mercy” — starring Kanye West, Pusha T, Big Sean and 2 Chainz — earned nods for Best Rap Song and Best Rap Performance in 2013.

More recently, Pusha’s 2018 album Daytona was nominated for Best Rap Album at the 61st Annual Grammy Awards, but lost out to Cardi B’s Invasion of Privacy. Some fans felt he subliminally dissed Cardi on his It’s Almost Dry cut “Dreamin of the Past” (“Award shows the only way you bitches could rob me”), but as Push explained in an interview with TIDAL earlier this year, the Bronx superstar was a deserving winner.

“2018 was super strong to me, because I felt like the Grammys even got the rap nominations — and the rap winner — right,” he said. “Come on, man. Cardi deserved that. When you just look at the lineup, you had Cardi B, you had Travis Scott, you had Mac Miller, you had Nipsey Victory Lap and you had Daytona. Anybody could’ve won! And I couldn’t have argued!

“Cardi actually won and I would never argue with [that]. I actually was going to the gym with her joint in my headphones like, ‘Oh yeah, she killed this joint.’ It was just about what the final voters gravitated towards. But it was fair. The lineup was fair.”