Kanye West’s first headlining moment at Coachella took place ten years ago to the day on Saturday (April 17). While the set design is now regarded as one of the best in festival history, Pusha T was fearful things would be over before they got started.

Before he took the stage, the Daytona rapper noticed the giant stone mural hanging above the stage. The stone mural was a composite from the Altar of Zeus at Pergamum and Kanye specifically wanted it for his set.

“Whatever that structure was, it was so massive,” Pusha told Complex about the history-making performance. “I was like, ‘I hope this doesn’t fall on me.’ These were all my thoughts. It was my first time seeing a stage performance and him putting it on like this. And I’m like, ‘Wait a minute. This is a huge deal.’ Watching him be obsessed… It was like, it couldn’t go any other way for him.”

Luckily for Push, the mammoth mural stayed in place all night as Kanye ran through many hits from My Beautiful Dark Twisted Fantasy including “All Of The Lights,” “Power,” “Monster,” and “Runaway” during his 90-minute plus set. 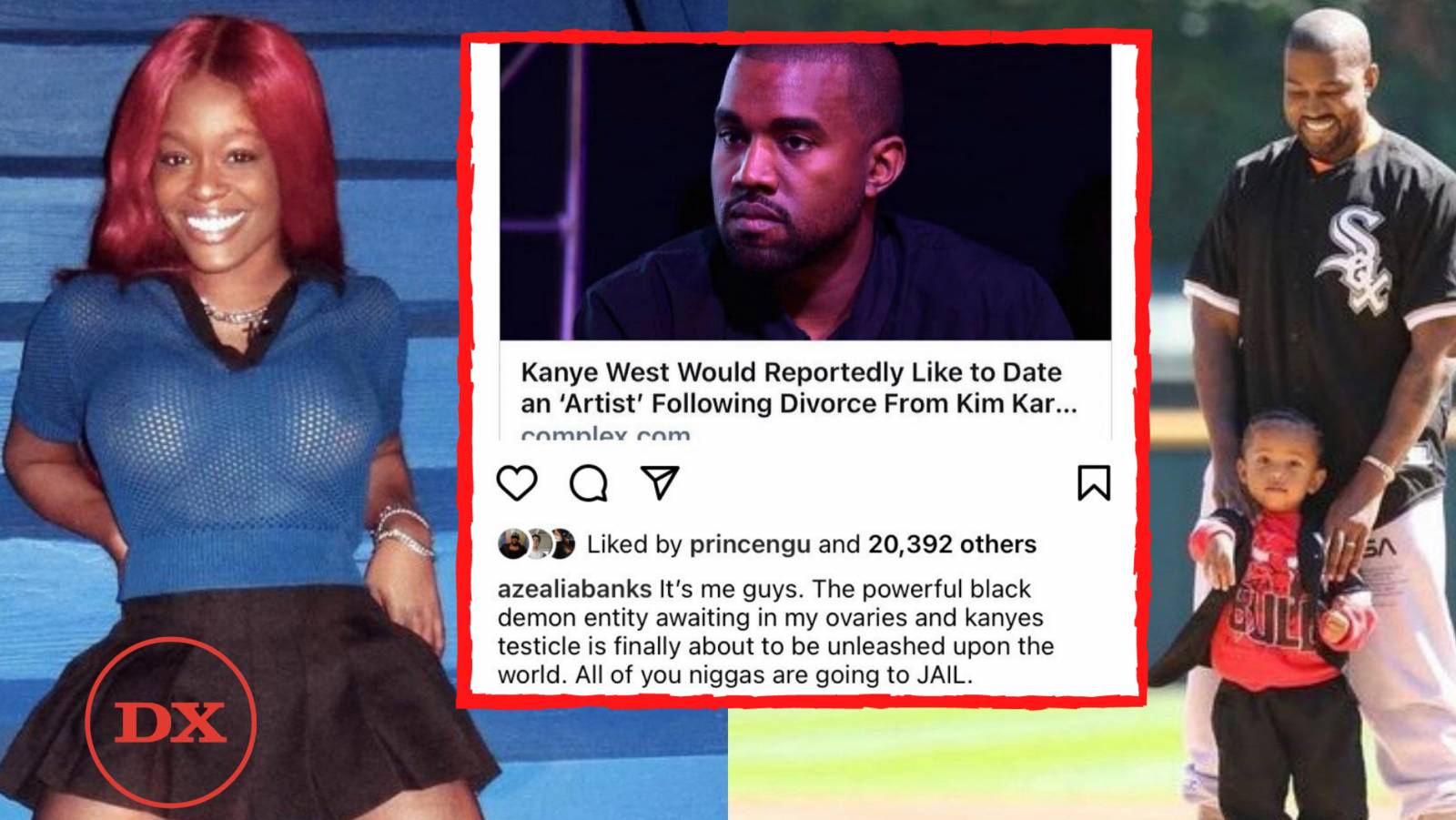 The historic Coachella performance from 2011 is a far cry from the world of Kanye West today. After his divorce from estranged wife Kim Kardashian was announced, Yeezy fan Azealia Banks made it clear she wanted a relationship with Ye.

“It’s me guys,” she captioned on Instagram Saturday. “The powerful black demon entity awaiting in my ovaries and Kanyes testicle is finally about to be unleashed upon the world. All of you niggas are going to JAIL.”