Atlanta, GA – Quavo and Jack Harlow were the kings of the court in Atlanta on Saturday (March 6).

The duo, who nicknamed themselves “Huncho Harlow” soundly defeated Lil Baby and 2 Chainz 21 to 7 in a game of 2-on-2 as part of Bleacher Report’s Open Run. The event was live-streamed on the popular sports platform’s app as well as on Twitter.

Huncho was named the game’s Most Valuable Player (MVP) after he outscored Lil Baby and 2 Chainz by himself, 17 to 7 while also pulling down 14 rebounds and swatting away four shots.

Shortly after the game, Huncho made a bold proclamation and declared himself the “best hip-hop basketball player in the world.”

The winning squad took home $500,000 with an additional $500,000 donation to the HBCU of the winning team’s choice. With Harlow and Huncho’s victory, the “What’s Poppin” rapper chose Kentucky State University and Simmons College of Kentucky as the recipient of the prize money. 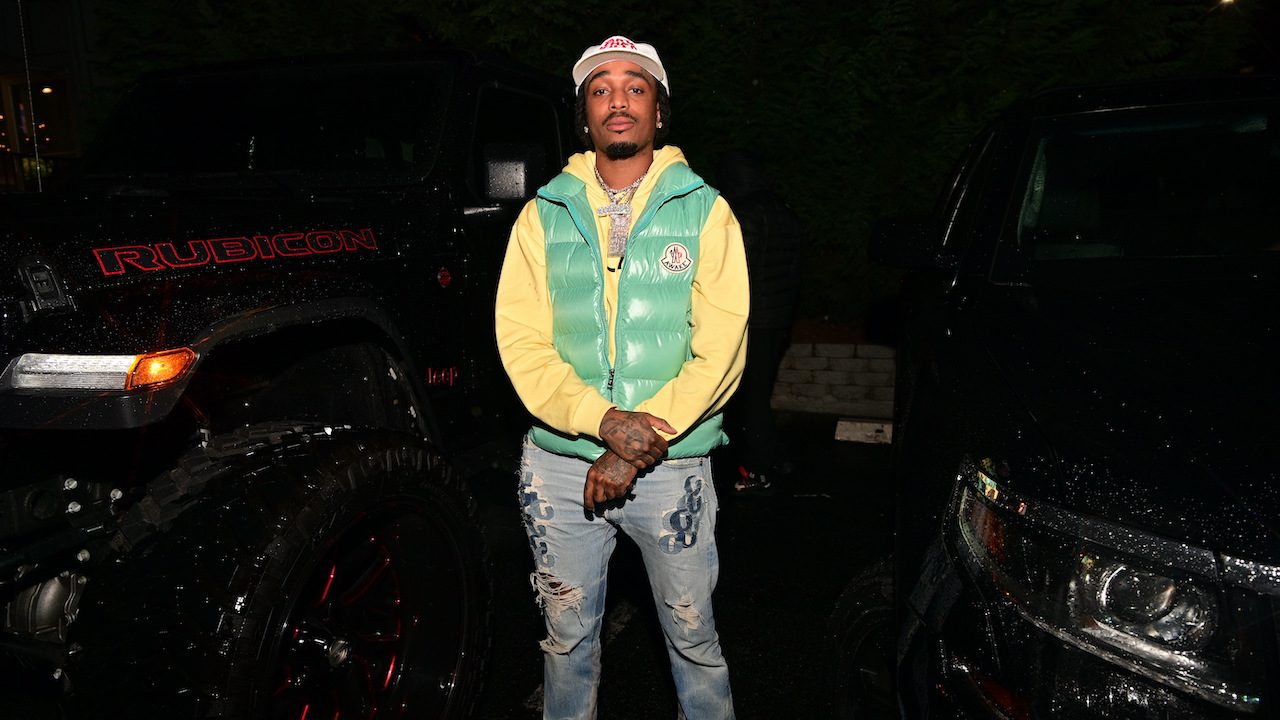 The MVP trophy in B/R’s Open Run is the latest celebrity game trophy to hit Quavo’s growing collection. In 2018, he was named MVP of the NBA All-Star Weekend Celebrity Game. A day before the game, which featured cameo appearances by Bobby Shmurda and Fabolous, Harlow and Huncho were spotted in the studio together, building chemistry both on and off the court.