INTERVIEW – Ken The Man‘s recently-released 4 Da 304s mixtape is just what one would expect from its title – 10 tracks of twerk-ready empowerment anthems crafted for the ladies to feel good.

Or as Ken would describe it, “a big ass confidence booster.”

Led by her hit single “He Be Like” that features the Houston native actually moaning on the chorus, she has a formula and it’s working. The tape debuted at No. 9 on the Apple Music Hip Hop charts and even received a co-sign from the legendary Snoop Dogg – but it took some trial and error to settle on a sound that works.

“At first I used to be this real metaphorical rapper!” Ken tells HipHopDX. “Like I used to be like, ‘What’s the next punchline gonna be?’ Then I would have to outdo the previous punchline and I realized that we are just not in the era of punchlines anymore and I was like, damn!”

Influenced by her favorite rapper Lil Wayne, Ken was attempting to hold court with the Young Money leader in her earliest work – even though she didn’t even realize it at the time.

“At the time, I was a real metaphorical rapper because Wayne was and still is my favorite rapper and I just admire and love him so much,” Ken says. “So it’s kind of like, that was my focus when I did my first-ever mixtape. I was listening to nothing but Wayne! Listening back I can even tell I was listening to him because I had way more punchlines. And then as I elevated, I realized people like punchlines … but it’s usually the dudes.”

Knowing it was an uphill battle to convince men to buy her music and considering that wasn’t her goal anyway, Ken eventually made the choice to pivot.

“The dudes love punchlines, but the dudes is not buying my music plus like, I never tried to make music for men,” she says. “And then so I realized like okay, these bitches like freaky stuff so I can do that, that’s easy. I feel like freaky topics is the easiest thing to rap about.”

And like a true Wayne head, the inspiration to get nasty on wax came from his Young Money camp as well.

“If people bring back my throwback posts, they’ll see I was the biggest Nicki Minaj fan!” Ken says. “Like even before I rapped I was like, ‘This girl goes so hard! She’s my favorite!’ I just couldn’t believe how hard she used to go and I used to cut my bangs, put a little makeup on my eyes! I grew up listening to her; nobody could tell me nothing. I just used to listen to Nicki, Nicki, Nicki. I literally didn’t listen to no other female.”

“The first song I ever heard from her was ‘Itty Bitty Piggy’ and I immediately fell in love,” she continued, referencing Minaj’s 2009 single from her Beam Me Up Scotty mixtape.

As a Gemini, Ken deeply related to the multiple voices and personalities Minaj would play with on her records and was instantly pulled in. It took a little more than that for her Wayne fandom to start, however.

“When I knew I was a Wayne fan was when I could understand what he was really talking about,” she explained to DX. “When you’re young it was like, I knew I was a fan but I wasn’t like, a super fan and it was ’cause I ain’t know what he was talking about! He was too grown so it was kind of like I didn’t catch everything. But in high school, I started dating this guy and he was a Wayne head and I think he kind of made me into one. Wayne was a big deal in my high school. He was super influential in my city.”

Being in high school in 2007 and 2008 meant Ken was there for Wayne’s unprecedented mixtape run leading up to the release of Tha Carter III on June 10, 2008, which would go on to sell one million units in its first week. Ken describes that era as Wayne’s best, but her support has still been unwavering through every era since. 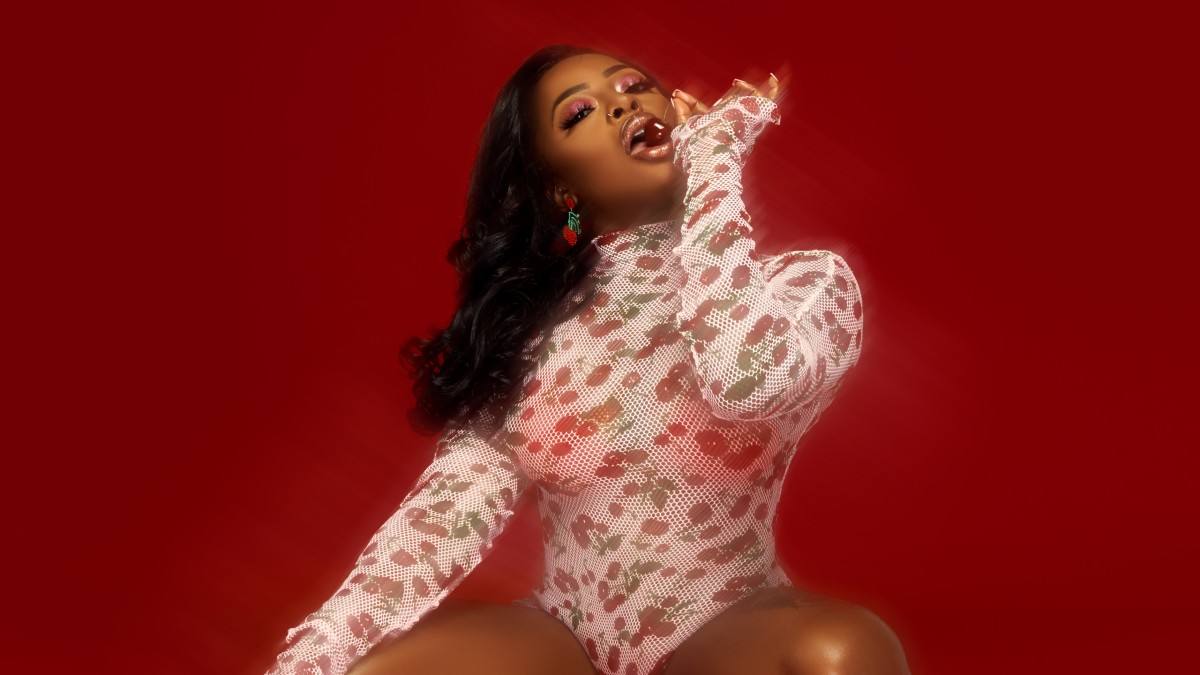 “I remember in 2011 my boyfriend at the time – he went to jail! He went to jail when Wayne came out with Sorry For The Wait and so why did I write all the lyrics to [SFTW cut] ‘Rollin’ down in a letter to him!” Ken recalled cracking up. “I was like, ‘Wayne dropped some new shit! You can’t hear it so I’m finna write it!’ I was like, ‘He tore this bitch up!’ Sorry For The Wait, Dedication 5, I think Da Drought 3– I don’t remember if that’s the one – No Ceilings … those are some of my favorite tapes. I’ve always been a super Wayne head.

As her career continues to blow up, she hopes it will afford her the opportunity to cross paths with her fave. But in the meantime, she’s just been failing at sliding in his DMs.

“I’m like, can you just notice me finally!” she says of her unanswered messages. “I put on my story one day like, ‘Who else I need to hit up?!’ ‘Cause I hit up [Young Money president] Mack Maine, everybody. I used to send Wayne all my freestyle videos like, ‘I know you’ll like this one, Wayne!’ I used to get on songs and do my freestyles on shit he freestyled on. One day he gon’ see me and I can’t wait on the day because I just can’t wait to see what he got to say about me. Like Tune, do you think I go hard?!”

While she awaits that answer from Weezy, stream 4 Da 304s below and find Ken on Instagram @kentheman.