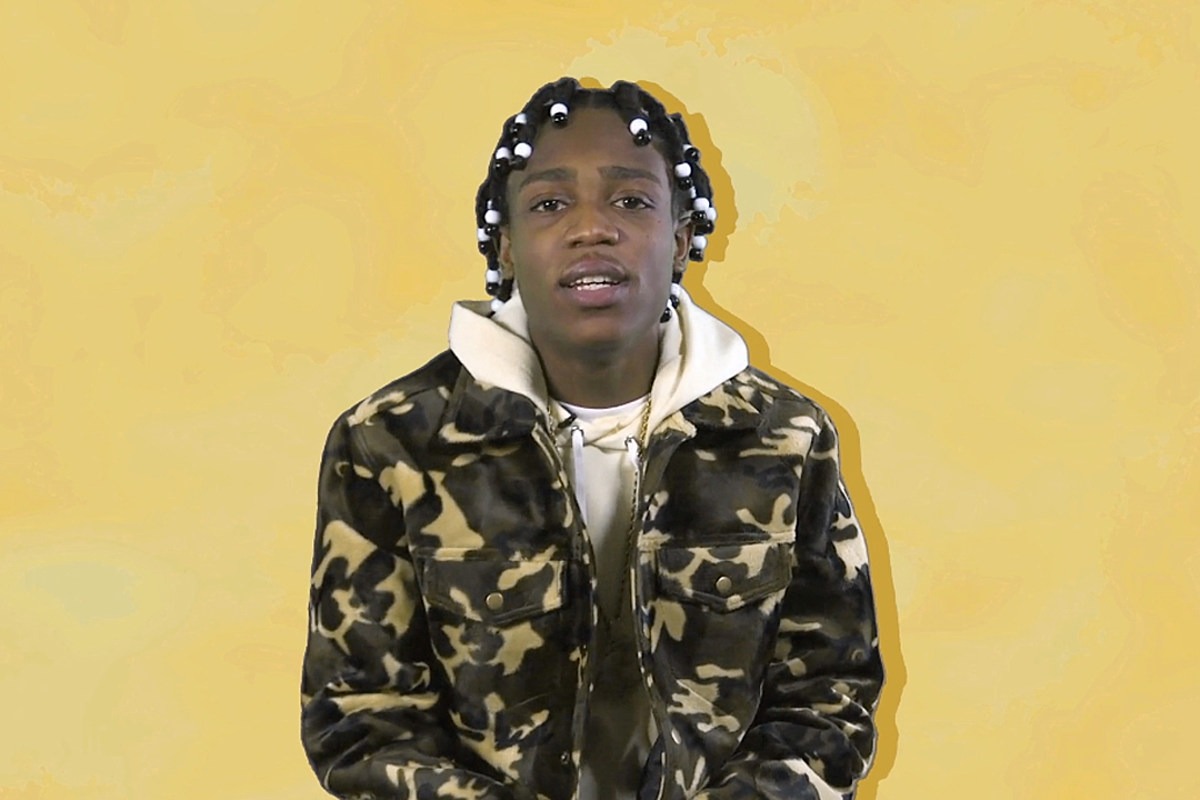 The world of Brooklyn drill has a multitude of artists coming up in the hip-hop subgenre and carving out lanes for themselves. 22Gz is one of the early adopters, earning his buzz in his Flatbush, Brooklyn neighborhood and beyond with 2016's "Blixky." The rising rapper eventually signed to Atlantic Records and joined Kodak Black's Sniper Gang in the process. Nowadays, he's riding off the success of 2019's The Blixky Tape and "Suburban Pt. 2," one of his newer songs that is jumping off to the tune of 3 million Spotify streams. Poised to continue into 2020 with major momentum, 22Gz stopped by the XXL office to tell us all about himself in the latest episode of Who Am I?

Coming up, 22 was a part of something that's familiar to any NYC straphanger. "I danced on the train before I started playing basketball," he shares. "I cut school one day with my mans, we just started clappin' it up on the train. You do that, dance for a lil bit, take the hat off and get some cheese like that." A lot of kids from the city got money this way; who would've thought of one of those very same "It's showtime" dancers would end up being 22Gz?

When it comes to what keeps him in the studio, 22Gz keeps it very frank. "Shit, I have no choice," he admits. "The hell I'ma do? I'm not tryna be working." It's not all about dissing the 9-to-5 grind, though: "I got fans, too. I got peoples who have me at a pedestal. I can't make ’em look bad." Holding it down for your supporters is always a good motivating factor.

With all of that said, 22Gz wants his just due for his place within the BK drill scene. "This whole drill movement, [I came up with] a lot of the dances, a lot of the words, too," he claims. "A lot of the rap flows, I started it all." He's not tripping; 22Gz is just making himself clear. "I'm not gon' say it like that though, ’cause I don't really care. I need my credit, you feel me?"

Watch the rest of 22Gz's Who Am I? interview below.