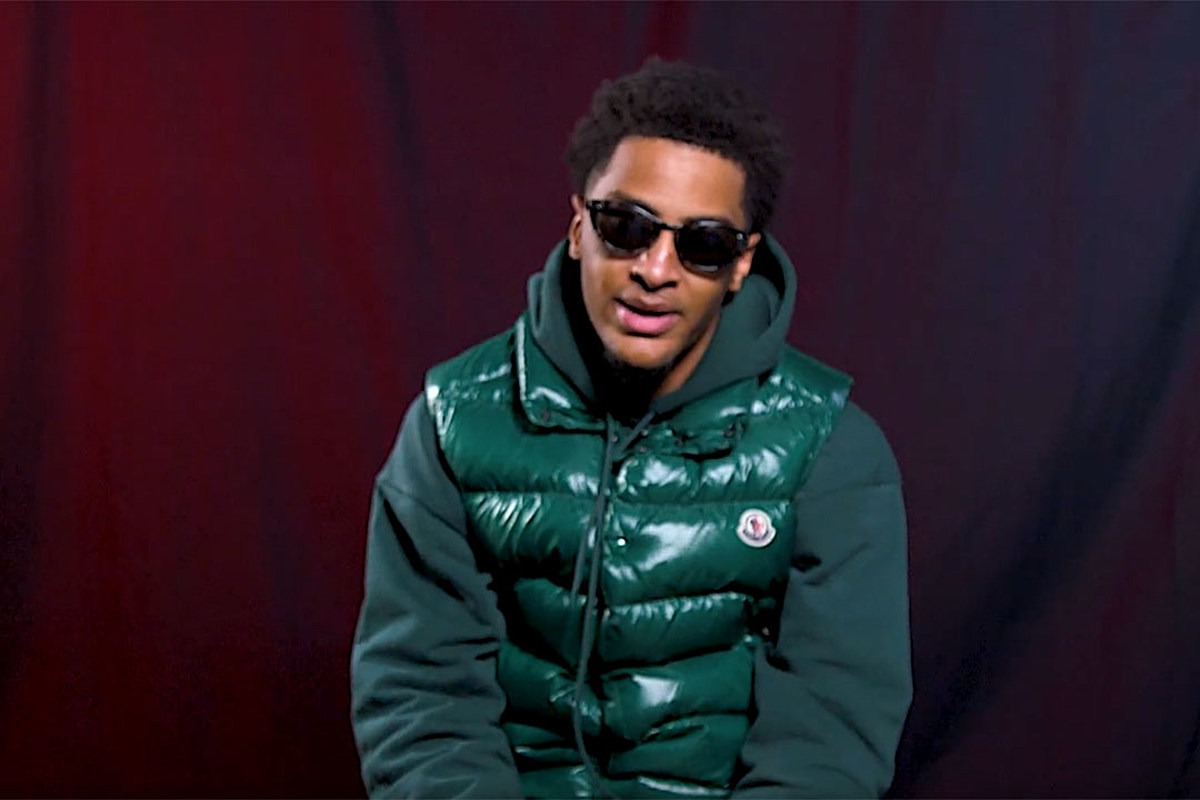 Inspired by the Netflix series Pandemic: How to Prevent an Outbreak, Comethazine delivers his next musical chapter with the new project Pandemic. The 2019 XXL Freshman’s sophomore album features just what you’d expect from one of his projects—lots of energy and low-key clever bars. Listen to "No Front," his new, menacing, ChildBoy-produced single, to get a preview of what's to come on Pandemic. Ahead of the release of the project, which arrives this Friday (March 27), the “Piped Up” rapper tests his way with words for XXL’s new series Rapcronyms.

The 22-year-old Illinois rapper shows that he has love for the old school when he’s asked to explain the meanings behind N.W.A (Niggaz Wit Attitudes) and ODB (Ol’ Dirty Bastard). He even shares that he's a fan of the likes of Eazy-E, Ol’ Dirty Bastard and T.I. “I was listening to T.I., bro, 'Rubber Band Man,' '24’s'," says Co, who lets it be known that he was familiar with Tip’s influential sophomore album, Trap Muzik.

However, Comethazine isn't as knowledgeable when it comes to the catalog of another legend from the ATL. He drew a blank after being asked the meaning of TM101, the acronym for Jeezy’s classic debut album, Let's Get It: Thug Motivation 101, and CTE, which represents Da Snowman’s Corporate Thugz Entertainment record label.

The Alamo Records signee also runs through crew acronyms such as YSL,YMCMB, BMF, OTF and GBE. Check out the video below to see what else the rapper known for gold and platinum-certified bangers like “Bands” and “Walk” gets right or wrong.