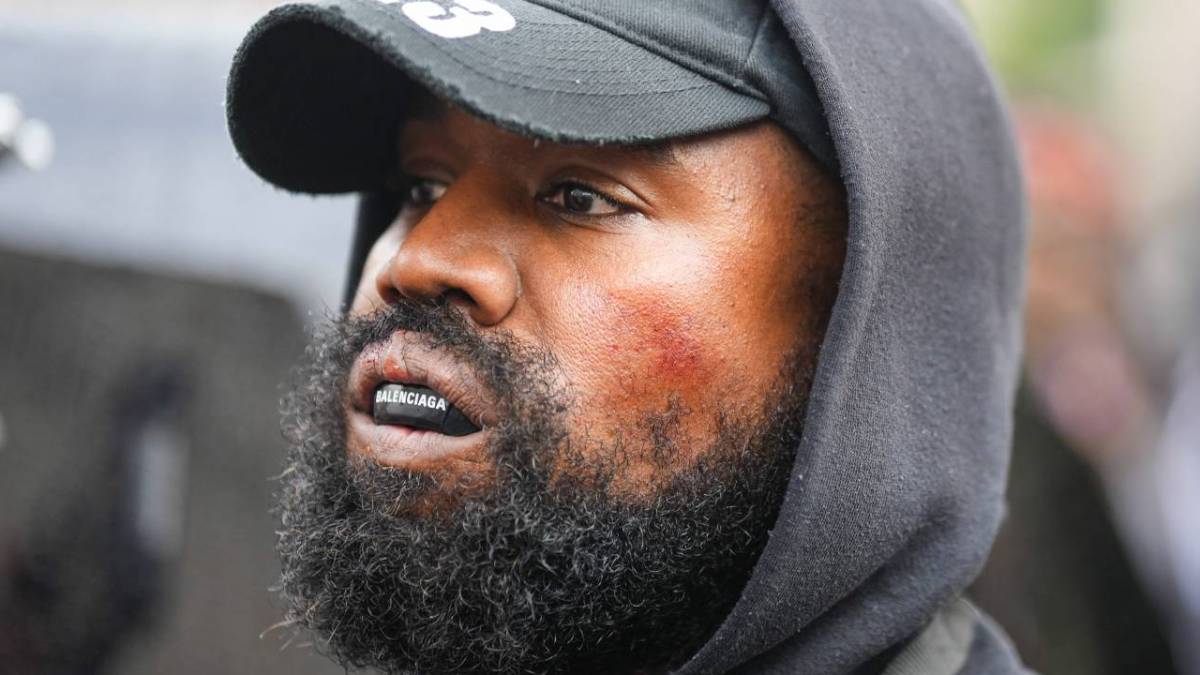 Taking place on Monday evening (October 3) in front of about 50 guests, Kanye got his Steve Jobs on and made a speech prior to the start of the event in which he addressed how fashion has been “classist” and targeted his former manager Scooter Braun for forcing him to continue touring after Kim Kardashian’s 2016 Paris robbery.

“I just wanted to go to Japan — I just needed a break. And he said, ‘No, you need to go make more money. So we need to do a second leg of the tour.’ And that tour lasted four days and I went to the hospital,” Ye recalled.

“We did change the look of fashion over the past 10 years. We are the streets. We are the culture. And we will not be bullied or treated differently than you treat any other fashion show that might start a little bit later just to present the best idea to you.”

Yeezy also identified LVMH CEO Bernard Arnault as his “new Drake,” which can be interpreted as his biggest competition in the fashion industry.

Social media erupted when they got a look at the back of Kanye’s black long-sleeve shirt, which was emblazoned with a “White Lives Matter” logo. The polarizing garment is part of the YZY Season 9 collection and the front of it boasts a graphic of Pope John Paul II.

Being no stranger to controversy, Kanye posed alongside right-wing political commentator Candace Owens, who was rocking the same “White Lives Matter” shirt in white. In the past, Ye has said he “likes the way Candace Owens thinks.”

As far as the rest of the fashion show, Kanye’s latest collection includes an array of dark-colored combat boots, military pants, t-shirts, puffer jackets, face coverings, and the YZY SHDZ. Naomi Campbell was among the models walking the Season 9 show.

The Chicago-bred mogul made sure to incorporate new music into the campaign as he previewed a woozy unreleased collaboration from himself and James Blake, which has been tentatively titled “Always.” Ye previously played tunes featuring Blake during an impromptu DJ set at London’s the Twenty Two club last week.

Kanye West’s YZY Season 9 fashion show comes after he made his runway debut as a Balenciaga model over the weekend.

The rapper opened the show, walking down a mud-covered runway at the Parc des Expositions in an outfit that did not stray too far from his recent look of choice for public appearances.

According to Vogue, the all-black motocross-meets-military separates which West rocked with a pair of normcore boots were a symbol of Balenciaga’s dedication to do away with traditional fashion industry labels.

Meanwhile, Kanye West has Rihanna fans wondering if he may be involved in her upcoming Super Bowl Halftime performance, thanks to a cryptic post on InstaStories.

In the temporary post shared on Friday (September 30), Ye shared a screenshot of a recent DailyMail article about who Rihanna might invite to join her on stage for her Super Sunday appearance on February 12, 2023.

Ye neither included a caption with the photo, nor did he make any subsequent or preceding posts about Rihanna or the halftime performance; so it’s unclear whether he was confirming his involvement or indicating that he would be open to participating.